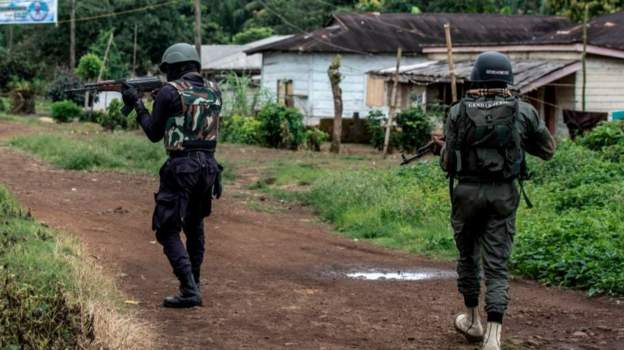 Eight people including Catholic priests, a nun and worshippers are being held in captivity by separatist fighters in Cameroon’s South West region.

Their abductors also burnt down a church during the attack in Nchang, a community in the region. No group has claimed responsibility for the attack.

The Catholic church authorities said they were shocked by this attack.

Catholic bishops under the Bamenda Provincial Episcopal Conference said men and women of God had been “soft targets” of abductions and threats since 2016.

Archbishop Andrew Nkea, the head of the Bamenda ecclesiastical province, told the BBC that the abductors were demanding ransom – adding that they were seeing the church as a “soft target so as to make money”.

The North West and South West regions of Cameroon have suffered a bloody conflict between English-speaking separatists and the state for years.

The violence has claimed more than 6,000 lives and displaced around a million people, according to the International Crisis Group think tank.

Taiwan will treat Chinese military flights into its airspace as ‘first strike,’…