The Ghana Medical Association has condemned the utmost disregard for COVID-19 protocols at the final funeral rites of former General Secretary of the NPP, Kwadwo Owusu Afriyie, a.k.a. Sir John.

The association wants the police to investigate and prosecute the organizers of the funeral.

“We call on the law enforcement agencies to investigate and deal with organizers of this and any similar events to serve as a deterrent to others who intend to endanger the public health of our nation” part of the statement read.

Scores of mourners throng the Sakora Wonoo Junior High School in the Kwabre East District of the Ashanti Region, to pay their last respect to the late NPP stalwart.

The body of Sir John was preserved for 11 months for the huge funeral ceremony despite a ban on funerals and large social gatherings due to the COVID-19 pandemic.

Also, the police have secured an injunction barring the organizer of the #Fixthecountrynow movement from demonstrating citing COVID-19 restrictions.

“We call on the IGP to act in this regard without fear or favour” the statement read.

Immediately Ghana recorded its first COVID-19 cases on March 12, 2020; President Nana Akufo-Addo placed a ban on all social gatherings, including funerals, on March 15, 2020.

The restrictions were in force for several months until the end of the year, when it relaxed to limited private burials to no more than 25 people.

In February, officials expanded the limit to 100 people at private events, including funerals. 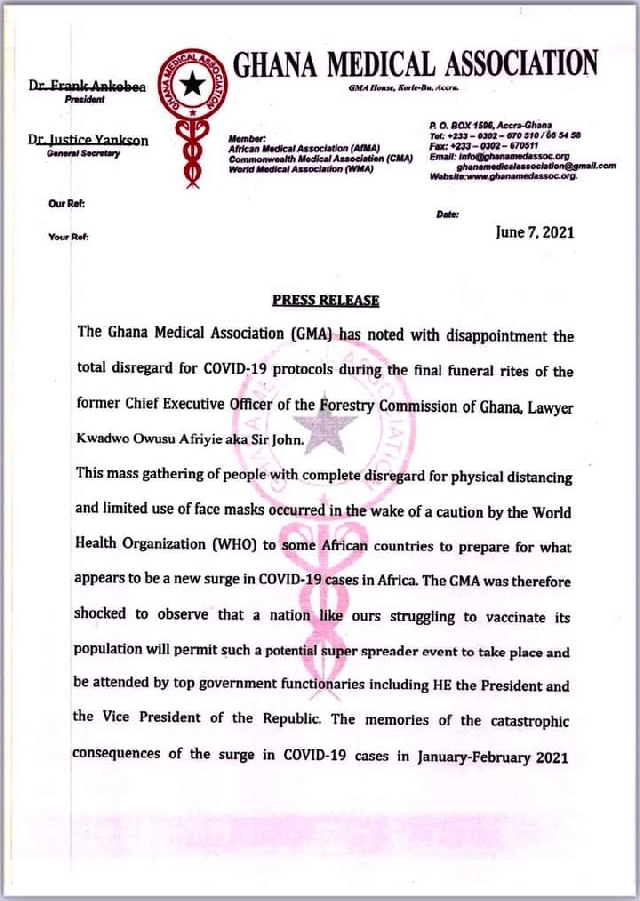 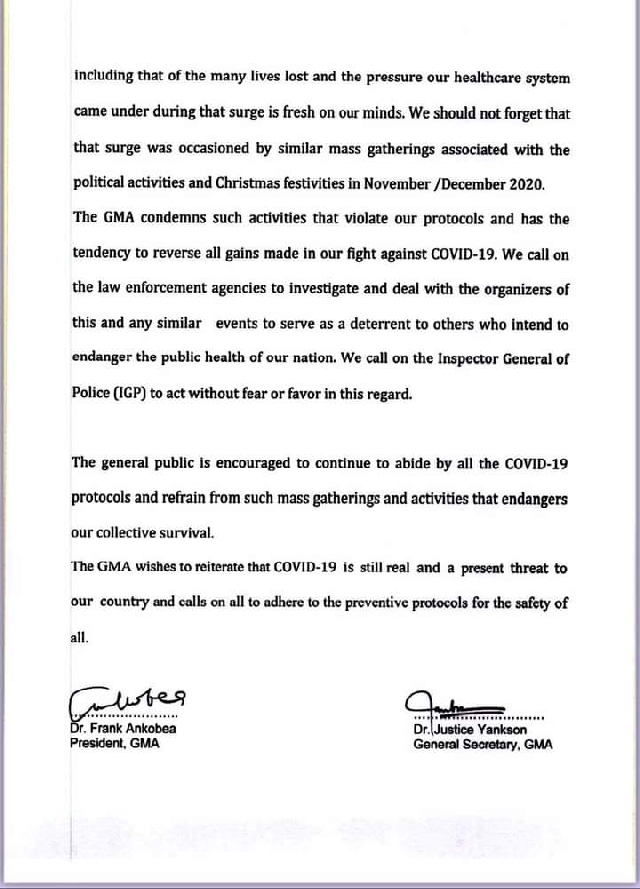