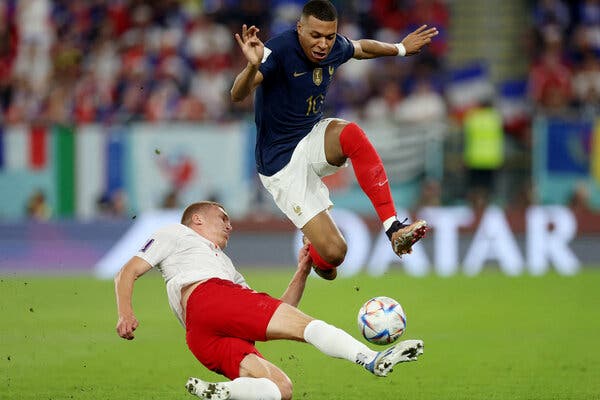 World Football Champions, the Le Bleus of France came up against one of football’s tough customers, Denmark in Qatar 2022. It took the form of an irresistible force against the irremovable block, but the champions prevailed.

Having tied up at goalless at half time, despite a slight dominance of the French in that session, the pundits kept calling the tie in favour of the defending champions.

France broke the deadlock from what is apt for description as the exclusive art of the gems in the game. The Danes had never given up the tactics of closing every space on the field, with the back up of great goalkeeping by Schmeichel. It took some quick thinking on the part of the French to outwit close marking on the left and Kilian Mpappe finished off the brilliant move in the 61st minute. It did not look like a textbook goal but conjured instinctively.

Sensing danger, the Danes pushed forward in droves and after two near misses, the third approach coming in quick succession, succeeded. Christensen headed in a corner kick.

A balanced game it was thereafter as the Danes gave their huge opponents very little respect. Once again it will take big game players to change the colour, and guess who else but the big man in the heart of the French attack, Mbappe ?

A razor sharp cross from Antoine Griezmann was met by the huge frame of the striker, who cleverly hiding behind the Danish goalie, was split second ahead of the vigilant Schmeichel. That was the winner 5 minutes to the end of regulation time.