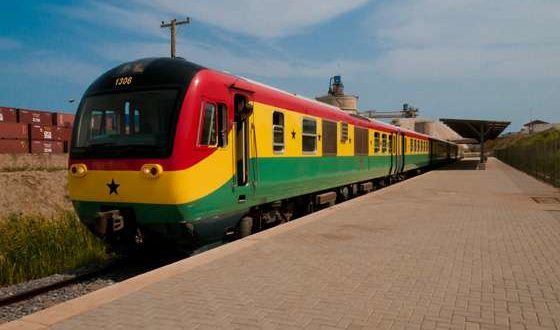 The Ghana Railway Company limited has disclosed that it has earmarked about GH₵1.5 million to refurbish old and abandoned locomotives in the country.

According to the Chief Executive, John Essel, the move is part of the agenda by the government to revamp the sector with local with local expertise.

Mr Essel made the disclosure when the Minister for Railway development, Joe Ghartey led a delegation to the Tema railway station to inspect work on some of the refurbished locomotives.

The decision by the government to refurbish the abandoned trains is to reduce the cost for the redevelopment of the sector.

According to the Ghana Railway Company, about ten locomotive coaches have been refurbished so far within its budget.

Mr Essel said, “we have a plan to rehabilitate all the outmoded locomotives which were supposed to be sold as scrap. The company has a budget but there is an ongoing procurement process so I am unable to give you the cost per rehabilitation but I can assure you that the work is within budget. There is a budget of about GH₵1.5 million.”

The coaches are expected to serve the Western railway and some portions of the Eastern line which begins from Tema to Akosombo.

On his part, Minister for Railway development, Joe Ghartey has been explaining to the media on the status of the project.

He disclosed that the government has decided to use the artisans at Suame Magazine in the Ashanti region to lead in the project in order to create employment for the local citizenry.

“We want to grow a local locomotive industry in Ghana such that very soon from now, we should be able to assembly locomotive coaches in Ghana” he noted.

On the development of the Eastern line from Tema to Akosombo, Mr Ghartey expressed confidence that the engineers will be able to meet the target.

“The engineers are on the ground and we believe they will deliver. There has been a little change in the design which has to affect many things but we are on course,” he said.