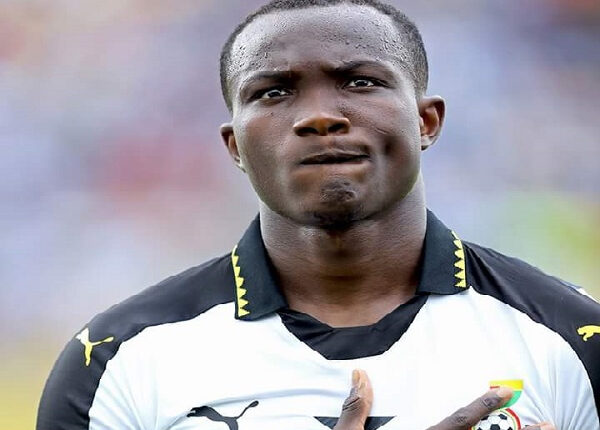 Ghanaian international Raphael Dwamena has vowed not to give up on his fight to revive his football career despite his recurring heart condition.

“I always feel like nothing is wrong with me. I believe that God is the one who takes care of my heart. I may have symptoms of heart problems or other things but I am never afraid. God is with me.” He said.

The 25-year-old had his contract with Danish side Vejle Boldklub terminated after his latest medical report suggested he takes an indefinite break from football.

In a statement released on Monday, the Danish club said they have been left with no option than to take the striker off the field after it was detected that the limit levels of his heart were too high.

“There has now been one case where the limit values have been too high, and we must, based on a health professional assessment as a club, take the consequence of,” the club’s Technical Manager Jacob Krüger said.

“Raphael is therefore being sidelined. We are, of course, sorry for Raphael, but the parties have been aware from the outset of the consequence that would have been the case if Raphael’s monitoring had exceeded the limit values in the measurement.”

Reacting to the latest development, Dwamena accepted the decision by the club and thanked the club for giving him the opportunity to play football.

“I am truly grateful for the opportunity that Vejle Boldklub gave me to play football again. Now I have been taken off the field and am under medical supervision,” he said, as quoted by the club’s official website.

Meanwhile, the striker is hoping for a quick return to the field despite missing the 2019/20 season after he was first diagnosed with the condition.

He appeared to have overcome the condition after surgery and joined the Danish side Vejle BK in August ahead of the 2020-21 campaign but now seems to be having a relapse.

The death of Cameroonian midfielder, Marc-Vivien Foe, and Ivorian Cheick Tiote was due to a heart-related condition.

Besides death cases recorded, some footballers like Nigerian Nwankwo Kanu and Spanish goalkeeper, Iker Casillas can count themselves blessed to have survived such disturbing conditions.

Dwamena made five appearances for Vejle BK and scored two goals in the ongoing 2020/21 season.

The Black Stars player made his first national debut in 2017 and has since scored two goals in nine caps.