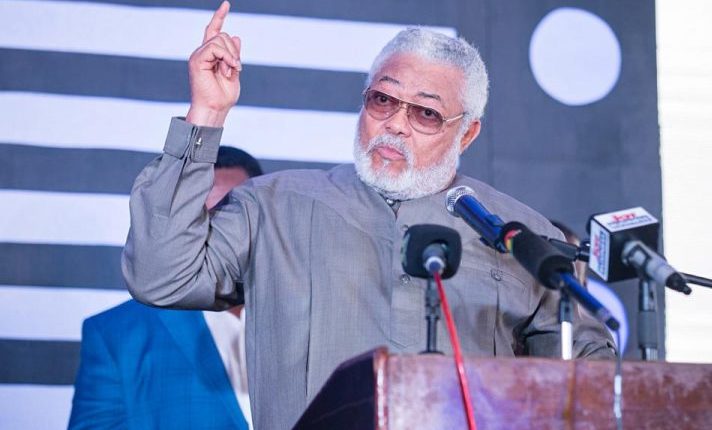 Former President Flt Lt Jerry John Rawlings will address this year’s commemoration of the 31st December Revolution at Winneba in the Central Region.

The celebration, to be held on the theme, “Monetisation of Elections in Ghana: ‘A threat to National Development and Genuine Democracy’, will be staged at the Winneba Lorry Park at 8.30 am on December 31.

The commemoration will take place at the Winneba Lorry Park with a durbar.

The event will involve a wreath-laying ceremony in honour of the fallen heroes followed by a durbar.

A statement issued by the 31st December  Organizing Committee said the event would involve a wreath-laying ceremony in honour of the fallen heroes followed by a durbar of Chiefs and people.

The 31st December 1981 revolution ushered in a period of economic and political transformation that culminated in the re-establishment of lasting constitutional rule in 1992.

The revolution also gave birth to the National Democratic Congress which won elections in 1992 and 1996 under the leadership of Flt Lt Jerry John Rawlings. 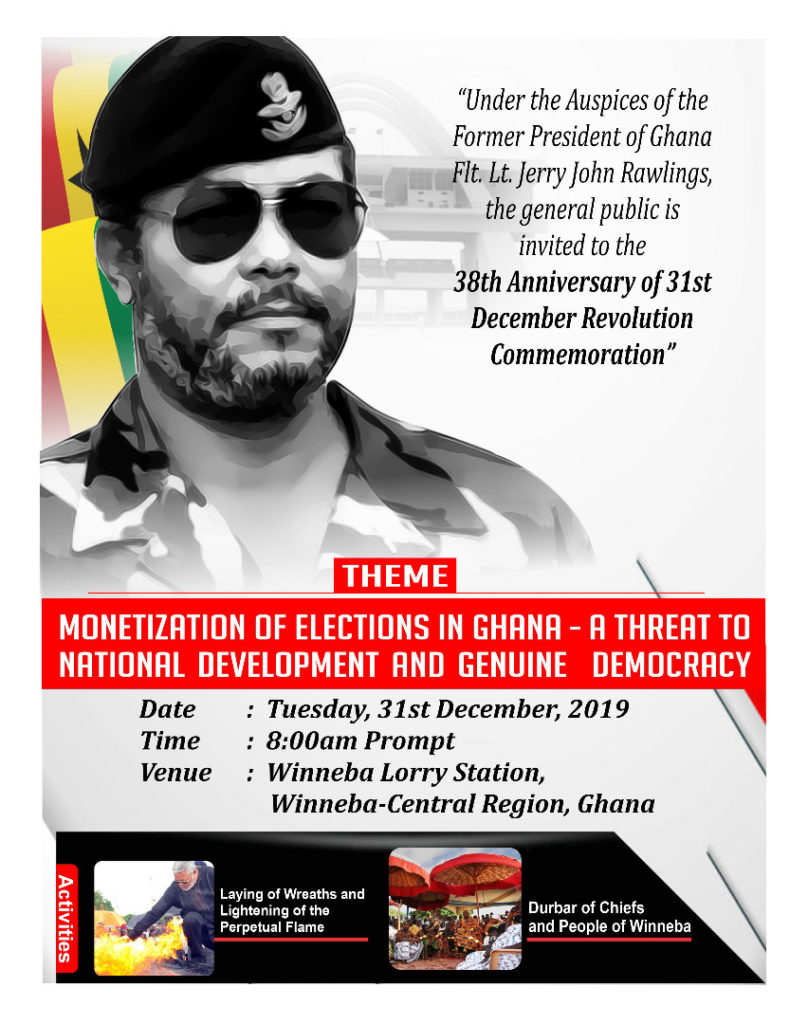