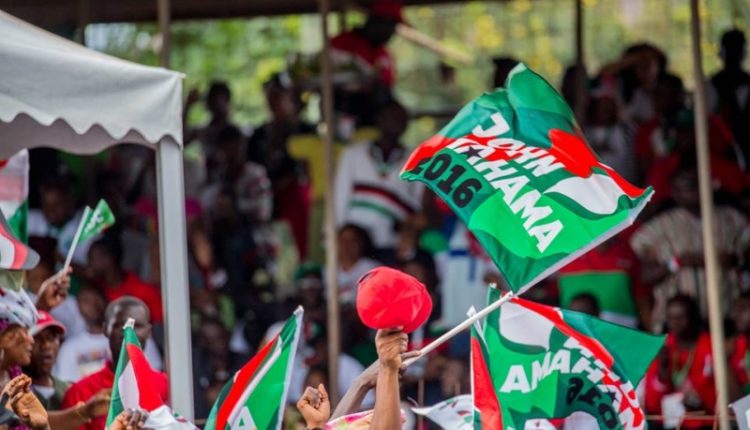 The Founder of the National Democratic Congress (NDC), Flt. Lt. Jerry John Rawlings, has accused some leaders of his party of being on a wild goose chase because they know they could only take over the leadership of the country perhaps in 2024 and not 2020, yet they are occupying such positions for the sake of it.

“They have purchased the power of the party into their pockets even though they know that their aim is not 2020,” Mr Rawlings told cadres in Kumasi last Saturday.

“Their main target is 2024 when the New Patriotic Party (NPP) would have been weak by then,” he said.

The National Cadres conference for the middle belt was on the theme: “Effective mobilisation and organisation for victory 2020: The role of cadres.”

More than 200 cadres from the Ashanti and Bono regions gathered to strategise for the party ahead of the 2020 elections.

It was a follow up to the Koforidua edition held recently.

Using a lot of analogies and without mentioning names, the former President said many people had been rejected by voters in times past even after they had been advised that the grounds were not favourable.

Unfortunately, he said the same mistakes were being pursued even though key actors were fully aware they were not favoured.

Flt Lt Rawlings expressed regrets at the sidelining of the cadres by the party’s own constitution but urged them to hold on to the vision and tenets of the revolution for a better Ghana.

“Some of the these leaders are wicked, I tell you,” he said.

Touching on a number of issues, mainly narrations of things that happened while he was in power, Flt Lt Rawlings bemoaned the monitisation of Ghana’s electoral process which he said did not help safeguard a just and accountable society.

He lamented the perpetuation of an imbalance society by successive governments and the failure to prosecute wrongdoers.

“The domineering class should not be allowed to live above the law,” he said.

The former Eastern Regional Minister under the Rawlings era, Mr Antwi-Boasiako Sekyere, said the NDC was gradually losing its social democratic status and it was one of the main factors that led to the party’s defeat in 2016.

Contrary to views expressed by Flt Lt Rawlings, Mr Antwi-Boasiako Sekyere said cadres have a crucial role to play in ensuring victory in the 2020 elections.

He called for “collective energies and expertise to help the party win the next elections.

“It is time to rescue the nation from the NPP government and build a brighter future for the youth,” he said.

He called for a serious grassroots participation including house to house campaigning to win power.

The former regional minister urged the cadres to back John Dramani Mahama to win the next elections.

Minority threatens to boycott February 20 State of the Nation Address