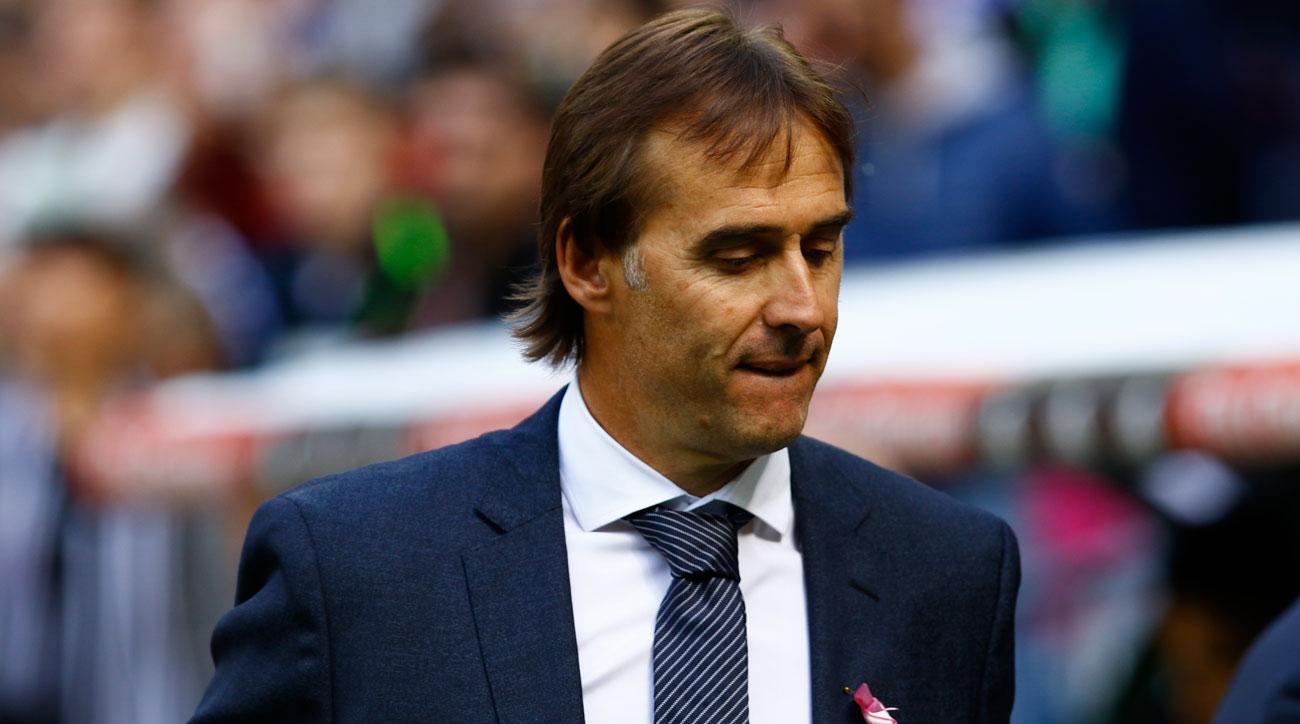 Real Madrid have sacked Julen Lopetegui as manager after four and a half months in charge at the Bernabeu.

The Spaniard succeeded Zinedine Zidane in June but the crushing 5-1 loss to Barcelona in El Clasico on Sunday was their fifth loss in six games.

Real, Champions League winners for the past three years, are ninth in La Liga after their worst start since 2001-02.

The 52-year-old will be “provisionally replaced” by ex-player Santiago Solari, coach of B team Castilla.

Lopetegui took a training session on Monday but his fate was confirmed following a board meeting.

A club statement said “there is a great disproportion between the quality of the staff of Real Madrid” and “the results obtained to date”.

Eight of the current Real squad are on the 30-man shortlist for the 2018 Ballon d’Or.

Solari has a favourable run of fixtures for the start of his tenure, beginning with a Spanish Cup match against Segunda Division B Group 4 side Melilla on Wednesday.

Real then play Valladolid – sixth in La Liga – on Saturday, Group G’s bottom side Viktoria Plzen in the Champions League on 7 November, and the mid-table Celta Vigo the following Sunday.

It is the second time Lopetegui has been sacked this year having been dismissed by Spain two days before the World Cup.

That sacking came after it emerged the Spanish football federation was unaware he was in talks to take the Real job after the tournament.

Real have 14 out of a possible 30 points in the league this season and have taken only one from their past five matches – their worst run since they went pointless in the final five games of 2008-09 under Juande Ramos.

They are now six points above the Spanish top flight’s relegation places and seven behind leaders Barcelona.

Who next in the Real hot seat?
The favourite to replace Lopetegui in recent weeks had been former Chelsea boss Antonio Conte, who has been out of management since being dismissed by the Blues in July after finishing fifth last season.

But negotiations with the Italian are reported to have stalled and 42-year-old Solari has been given an opportunity, mirroring the appointment of former boss Zidane, another popular ex-player who had been in charge of Castilla.

Zidane took charge after Rafael Benitez was sacked in January 2016 and the Frenchman guided Real to three successive Champions League titles, before stepping down in May.

Former Real and Argentina midfielder Solari replaced Zidane as coach of Castilla, who are fifth in Segunda Division B, three points behind leaders Ponferradina.

Under Spanish regulations, an interim coach can be at the helm for a fortnight – but must be appointed officially after 15 days, or not at all.

Manchester United manager Jose Mourinho – who won La Liga and the Copa del Rey during his three years at Real from 2010-13 – and former Everton boss Roberto Martinez, who led Belgium to the World Cup semi-finals, have also been linked with the post.