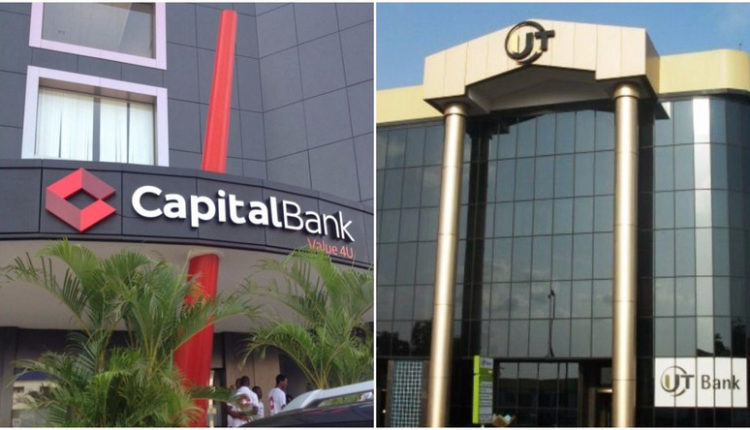 The Receiver of two defunct banks, UT and Capital Bank, Eric Nana Nipah has disclosed that legal steps have been taken against the two collapsed financial institutions to recover an amount in excess of GH850 million from their assets.

According to him, the suit he has filed became necessary given the fact that most of the processes to obtain the million realised from the assets had to do with matters of the law courts which he had already begun.

In 2017, the Bank of Ghana (BoG) announced the revocation of the licenses of the two banks as a result of severe capital impairment and handed them over to GCB Bank.

Mr. Nipah of PriceWaterCoopers (PwC) was later subsequently appointed as Receiver of the two companies.

When asked by the host of The Point of View, Bernard Avle if all processes have been fully triggered to absorb the assets of the two defunct banks, Mr. Nipah answered in the negative saying;

“No, we haven’t finished. We have come a very long way with UT and Capital Bank and we have been doing a lot of work. I will say that in terms of amounts realised till date is in excess of GHc600 million cedis. We could have done far more but the challenge we have is that the value of most of the assets subject to realisation have legal implications and are in court. So you realise that a great chunk of the value of the assets sit in legal suits and so we have to go through judicial processes.
If you take Capital Bank, for instance, we are suing some of the shareholders and the claim value is in excess of Ghc750 million and we are in court on that.”

“If you take the case of UT Bank, we are suing related companies associated with UT Bank — UT Holdings and we are claiming an amount in excess of GH100 million”, Mr. Nipah added.

Mr. Nipah also admitted that, one of the fundamental issues he has had to be deal with is debtors who have failed to pay monies in excess of GHC 300 million as debts owed UT Bank.

He said, the situation has forced him to sue such persons in order to retrieve those outstanding cash.

“We also have recalcitrant debtors, some owe UT Banks in excess of GHc300 million and we are in court for this as well. We are in various stages of the legal process. So there is a lot happening but the drive is more legal.”