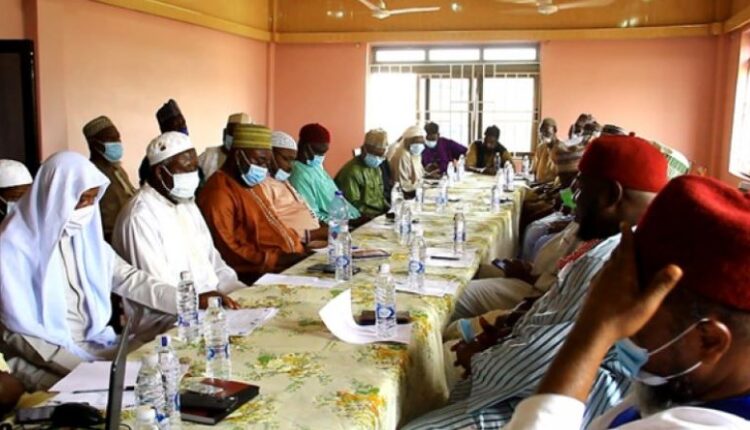 Registering your marriage is permissible in Islam – Muslim cleric

Muslim couples are being encouraged to register their marriages in accordance with Islamic tenets.

Sheikh Dr Ismail Saeed Adam, the Ashanti Regional Imam of the Ahlus Sunnah Wal-Jama’ah who made the call, said registering marriages was not forbidden in Islam.
Speaking at a meeting of Regional Imams in Kumasi, he cited chapter 2, verse 282 of the Holy Quran to back his argument and urged Muslims to register their marriages as a matter of urgency.
“Even if you have been married for a long time, register it because it is Islamic,” he emphasized.
He said Islamic marriage was regarded as a social agreement and a statutory contract, hence there was nothing wrong with registering such marriages.
Sheikh Dr. Adam explained that Islamic couples must consent to the marriage both orally and in writing after a formal proposal and acceptance by the two parties.
“The Islamic marriage contract is signed in the presence of an Islamic judge, Imam and a trusted elder with knowledge of Islamic laws,” he said.
The Ahlus Sunnah wal Jamaah, a Sunni Islamic sect of Islam. is promoting the registration of Islamic marriages under a programme to issue marriage certificates to married Muslims across the country.
“We started it at the national level but now our regional offices have started issuing marriage certificates,” said Sheikh Mohammed Kamil Mohammed, Deputy National Chief Imam.
He said they had liaised with the courts to issue marriage certificates and encouraged Muslims to take advantage of the situation and sign up.
According to the leadership of Ahlus Sunnah, registration and acquisition of marriage certificates are not new, but in line with Islamic religion.
They expect to see future married couples with evidence of marriage in written form as required by the Islamic religion.
Sheikh Mohammed said every Muslim across the country could walk into their offices, pick a form and register for a marriage certificate
Story By GNA
AdamAhlus Sunnah wal Jamaah iAhlussunaGhanaMohammednewspaperSheikh Mohammed Kamil
Leave A Comment
Cancel Reply
You might also like
News