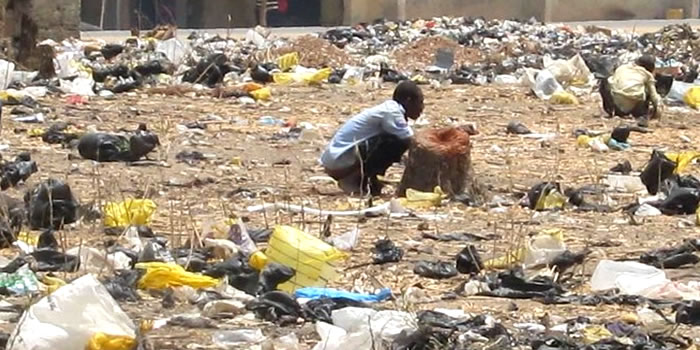 Residents of Tema Community One Site Zero, are up in arms against open defecation, which has become a major health and environmental concern in the community.

Some of the residents, in an interview with the Ghana News Agency (GNA) in Tema, expressed concern over the situation, and called on the Tema Metropolitan Assembly (TMA), the Tema Environmental Authority, and the Police to help deal with people who have turned open spaces in the community into places of convenience.

Madam Elizabeth Morgan, a fishmonger, told the GNA that people defecate around “carelessly” even at places where they sell food and by the oven where they smoke their fish under the cover of darkness.

She stated, “every morning traders come to meet a heap of toilets around, this is unacceptable as we sell food, which could be contaminated, we need the authorities to help us to arrest these people.”

Mrs. Racheal Darkwah, a resident, said some unscrupulous people had turned the place into an open toilet, which is really disturbing them.

“It is making breathing and living in the community very difficult and unhealthy,” she said.

“It is very difficult to identify the culprits since they usually do that late in the evening.”

Mrs. Darkwah noted that occasionally TMA health officials come around to sensitize residents about hygiene and warn those who defaecate in the open to stop.

She said through the TMA public education the problem of open defecation somewhat reduced, until around October this year when managers of the only public toilet in the locality increased the fee for use of the facility.

Mr. Stephen Asare, manager of the public toilet, confirmed the increment in fee from GH¢1.00 to GH¢1.50 per visit.

Mr. Asare attributed the increment to the high cost of water and electricity bills, and the cost of detergents to always keep the place clean.

He confirmed a reduction in patronage since the fee increment, saying, “people do not usually visit the public toilet as they used to, this means they have found alternative places to ease themselves, possibly in the open spaces at night.”

Mr. Charles Kwabena Amos, Assemblyman for Padmore Street Electoral Area of which Community One Site Zero falls, stated that the problem of open defecation had been tackled through diverse means including a monthly clean-up exercise, but residents are not complying.

He appealed to the residents to support initiatives by the TMA and other stakeholders to end open defecation in the area.