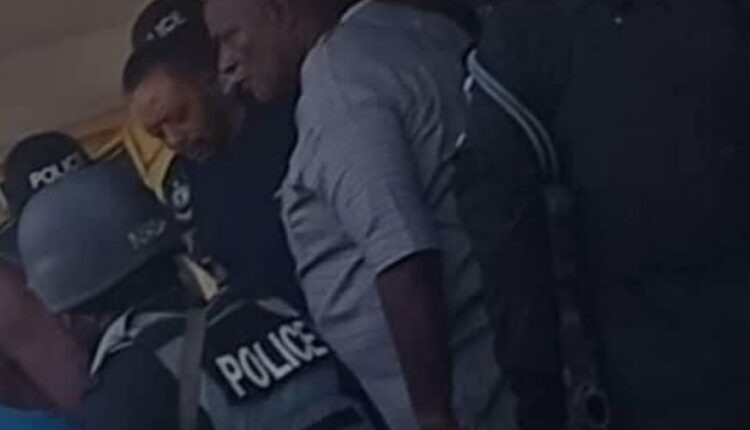 The Founder and Leader of the Glorious Word Power Ministries International, Reverend Isaac Owusu Bempah, has been arrested for attacking police officers.

Three other members of his church have also been picked up while two are on the run. The other three suspects are Michael Boateng, Frederick Ohene and Nathaniel Agyekum.

However,  church members allegedly assaulted some of the police personnel under the direction of Rev Owusu Bempah, Director-General of Public Affairs of the Ghana Police Service, ACP Kwesi Ofori, explained.

He added that the injured cops have received medical attention and responded to treatment.

The suspects are currently in custody and expected to appear before court today [Monday, September 13].

The police have assured that “impartial investigations shall continue in this matter and the public will be duly updated”.

Nana Agradaa stayed indoors for hours and Rev Owusu Bempah was heard saying that Nana Agradaa had failed to show up.

One of the videos of the altercation is below: