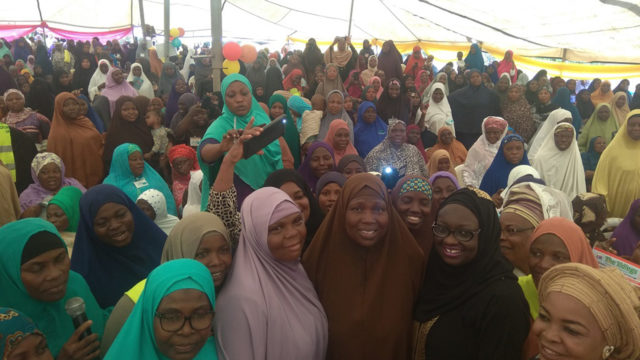 Islam introduced several rules on matters of inheritance, including what were at that time general improvements to women’s rights. This development contrasted with the pre-Islamic Arabian societies, where rules of inheritance varied considerably in favour of men.

Islam introduced new heirs who were not entitled to inheritance in pre-Islamic Arabia, mentioning nine relatives specifically of which six are females and three males.

The heirs mentioned in the Qur’an are the mother, father, husband, wife, daughter, brother who shares the same mother, full sister, sister who shares the same mother and consanguine sister. In general, the Qur’an improved the status of women by identifying their share of inheritance in clear terms. It also abolished and prohibited the then-prevailing practice of inheriting widows (by becoming automatic wives of the deceased’s brother).

In general, three factors determine shares of heirs in the Islamic inheritance system.

First, the closer the relationship to the deceased, the more an individual inherits, regardless of whether the heir is male or female. For example, a deceased woman’s daughter is entitled to half the inheritance while the husband of the deceased receives one-fourth. This is because the daughter, as an immediate blood relative, is closer in relation than the husband.

Second, the generation to which the heir belongs determines the share of the inheritance regardless of their sex. Therefore, grandchildren receive more share than grandparents. Again, even though they are both women, the daughter of the deceased inherits more than the deceased’s mother because they belong to different generations.

The last determining factor is financial responsibility. It is in this category alone that shares of inheritance differ according to sex, although this disparity does not cause injustice to women. The Qur’an has not made the disparity between men and women a general condition but has rather confined it to this specific situation. So, where a group of heirs are equal in both their relation to the deceased and their generation, the male child of the deceased receives twice as much as the daughter.

Islam fixes the share of a woman as half that of a man where financial responsibilities on the latter really exist [God directs you as regards your children’s inheritance: to the male, a portion equal to that of two females] Qur’an 4:11.

So where it can be established beyond a shadow of a doubt that the male heir may not live up to these required financial responsibilities, the Qur’anic principle of justice automatically nullifies the two-to-one ratio.

When the issue of financial responsibility does not exist as in the case of inheritance between uterine brothers and sisters, we find that the law makes the share of men equal to that of women. [And if a man or woman leaves neither ascendants nor descendants but has a brother or a sister, then for each one of them is a sixth. But if they are more than two, they share a third [Qur’an 4:12]

The equality of male and female inheritance in this case owes to the fact that they sprung from the same womb but do not share the same father. Sharing the same father would have caused the brother to inherit the father’s financial responsibilities and the need, therefore, to inherit twice as his sister. In this situation, however, the brother does not have those financial burdens so, therefore, his share is equal to his sister’s.

Second, if the deceased leaves a husband and a full sister, her sister inherits the same as the husband. And as indicated by ‘Umar b. Khattāb [RA], two uterine sisters and full brothers share one-third equally.

Second, if a woman dies when her estate is worth GH¢48,000, and she leaves a husband, two full sisters and her mother, then the two sisters inherit two-thirds of the estate, which is GH¢12,000. If she leaves two brothers instead of two sisters, each brother inherits only GH¢8,000 because they inherit the remainder of the estate after the husband and the mother receive their shares.

Sometimes, a woman inherits and is the cause of depriving a man of inheritance. If a person dies leaving behind a daughter, a full sister, and a brother from the father’s side, the daughter gets half, and the full sister gets the rest by virtue of having paternal relation with the deceased (Ta’seeb).

So, the full sister gets what is left after the allotted share has been given to the daughter, while the brother from the father’s side does not get anything from the inheritance, mainly because of the existence of the full sister.

Interpreting the Qur’anic injunctions, the two most prominent experts of the Sunni Islamic inheritance system, Umar Hashim of Egypt and the Qatar-based Moroccan scholar, Ahmed ar-Raysuni, have clearly established that there are more than 30 instances where women’s share of inheritance is equal to men, more than men, or they inherit, and men do not.

The writer is the Founding President of the Centre for Islamic Thought and Civilisation. Email: citcghana@gmail.com