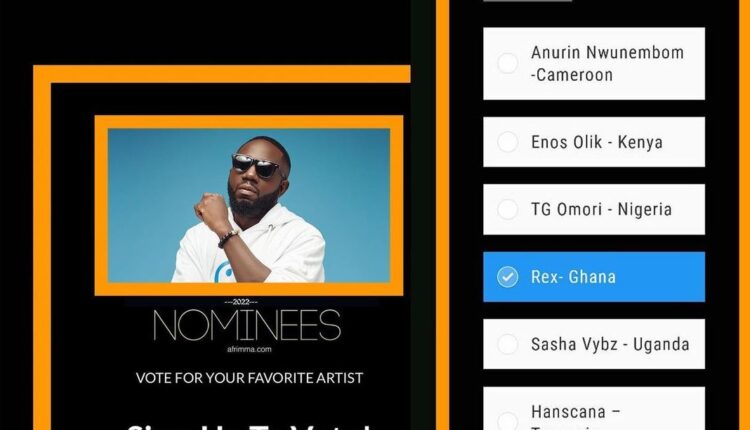 REX nominated for “Best Video Director” ahead of AFRIMMA ‘22

REX is back in the headlines again, this time following news of his nomination for ”Best Video Director” at the 2022 Africa Muzik Magazine Awards (AFRIMMA).

The director, cinematographer, and filmmaker who has been at the wheel of music videos for some of Ghana’s biggest stars: Camidoh, KiDi, Kuami Eugene, Shatta Wale, Stonebwoy, etc., in recent years, continues to bring the country acclaim when it comes to music video production. Again, like in 2019, he is the only Ghanaian in contention for an international award, making it to AFRIMMA’s 8-man shortlist for the coveted ”Best Video Director” award this year.

Reaching out to REX on the phone, he shared: “It’s always great news to be part of something international and I’m thrilled! Representing the motherland has always been my dream because it’s the source of all my creativity”. He added, “Ghana deserves to take her place in the international scene, and I feel blessed to be a part of this revolution alongside my fellow creatives”.

When asked about his hopes of bringing the award home, REX laughed, answering: “I believe in the quality of my works and I know the fans do too, so I’m counting on them to do their magic and vote in their numbers. Spread the word, guys!”. REX will go against the likes of Anurin Nwunembom (Cameroon), Enos Olik (Kenya), TG Omori (Nigeria), Sasha Vybz (Uganda), Hanscana (Tanzania), Patrick Elis (Nigeria), and Dammy Twitch (Nigeria) in the few weeks building up to the award show.

It’s that time of the year again and industry creatives like REX will need all the support they can muster to bring home such a coveted award. And with the pan-African event’s ninth edition soon upon us – November 19, now is the best time to vote for him. Also, you heard the man: spread the word!