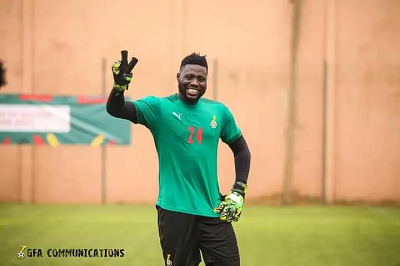 Hearts of Oak goalkeeper, Richard Attah has been dropped from Ghana’s squad that will be taking on Benin later this month in the CHAN qualifier.

The highly-rated goalkeeper is one of 35 players invited to camp last month by head coach Annor Walker.

While he is regarded as one of the top players in the local Black Stars, he has reportedly missed out on a place in the final squad for the CHAN qualifier against Benin.

It is understood that other players dropped from the squad include Dreams FC duo, Maxwell Arthur and Abdalah Ibrahim.

The local Black Stars nicknamed the Black Galaxies are hoping to overcome Benin after two legs to have the chance to qualify for the next CHAN tournament to be staged in Algeria in January 2023.