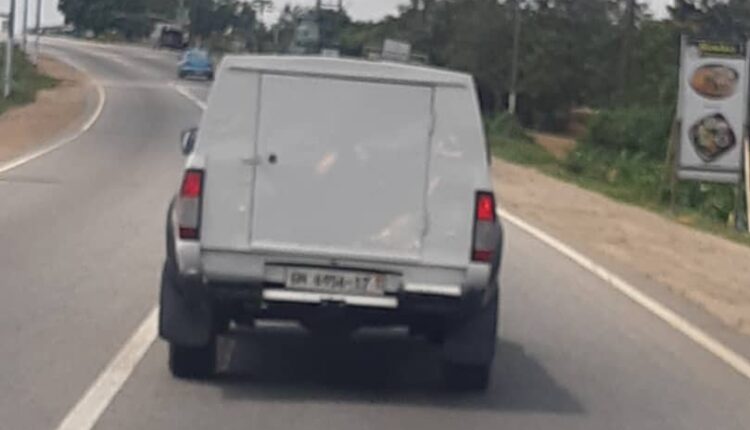 Armed robbers attacked a bullion van at Gomoa Okyereko on the Kasoa – Winneba road in the Central Region on Thursday, barely a week after a similar incident resulted in two deaths at Jamestown.

Reports indicate that the robbers fired several rounds in the direction of the front seat of the vehicle with registration number GN 6956-17.

The bullion van, which had a policeman as an escort, refused to stop.

The cop immediately called for backup as the bullets rained in his direction on the sunny afternoon.

A team from the Winneba Police Station was quickly dispatched to the scene but the robbers were not perturbed.

Rather, the six-man gang exchanged fire with the police for several minutes before they fled in the direction of a nearby bush.

No one was injured and the money in the bullion van remained intact.

But the victims of the Jamestown attack were not lucky.

The police officer Constable Emmanuel Osei and a 35-year-old ladyJoyce Amankwah were killed after eight robbers attacked a MON TRAN bullion van at Adedenkpo, a suburb of James Town in Accra.

There have been several bullion van attacks in the past without any action to address the crime.

This time the Inspector-General of Police (IGP), Mr James Oppong-Boanuh, has given financial institutions a June 30 ultimatum to acquire armoured vans or else he would not commit men for escorts.

The Ghana Association of Bankers (GAB) has assured the public that it would comply with the new Cash-in-Transit (CIT) operations requiring armoured vehicles.

This is to ensure the protection of banking staff, customers, service providers, including personnel of the Ghana Police Service, cash and other facilities of banks. tha association noted.

However, in a new development. a man believed to be the owner of a closed-circuit television (CCTV) device that captured the robbery on Monday, June 14, is unwilling to release it to police.

His actions have drawn appeals from the Minister for the Interior Ambrose Dery who wants the culprits arrested and prosecuted.

Meanwhile, Ghana’s bullion vans are not new to accidents.

There was a scramble as passers-by and second-hand phone dealers struggled for access to large sums of money that had dropped from a Toyota bullion van that had been involved in an accident at the Kwame Nkrumah Circle in Accra.

Following these reoccurrences, a security analyst, Adam Bona, advised the Ghana Police Service and Governor of the Bank of Ghana to end the practice of using police officers to escort bullion vans.