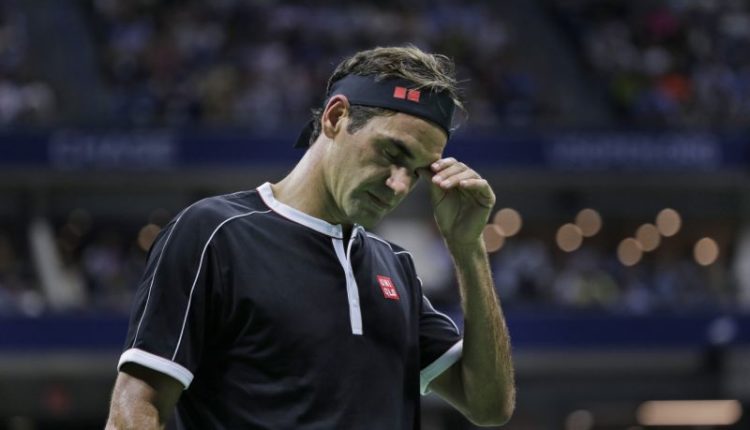 Five-time champion Roger Federer is out of the US Open after Bulgaria’s Grigor Dimitrov won a late-night thriller to finally beat the Swiss great.

Federer, who needed treatment for a back injury in the latter stages, said: “I felt it the whole time, but I was able to play.”

“Clearly in the end he was not at his best. I used every opportunity I had,” said the Bulgarian.

World number 78 Dimitrov’s shock win ensured there will be at least one first-time Grand Slam finalist on Sunday.

Third seed Federer, who lost to Australian John Millman in the last 16 last year, has now been knocked out of the US Open by players ranked outside of the world’s top 50 for the second successive year – after never previously having lost to one at Flushing Meadows.

Afterwards, the 20-time Grand Slam champion said he was struggling with the back problem throughout the match.

“I feel low. I’m disappointed it is over because I feel as I though I was playing well,” Federer said.

“It is a missed opportunity. I thought if I could get through I’d have two days off after.”

Federer’s exit leaves long-time rival Rafael Nadal as the strong favourite to lift the trophy, with defending champion Novak Djokovic also out after retiring injured from his last-16 match against Stan Wawrinka on Sunday.

But it is clearly a golden opportunity for 33-year-old Nadal to win his 19th Grand Slam title and narrow the gap on Federer in the race to be regarded as the greatest men’s player of all time.

Federer’s loss also ended the possibility of the illustrious pair, rather remarkably, meeting at the US Open for the first time in their enduring rivalry.