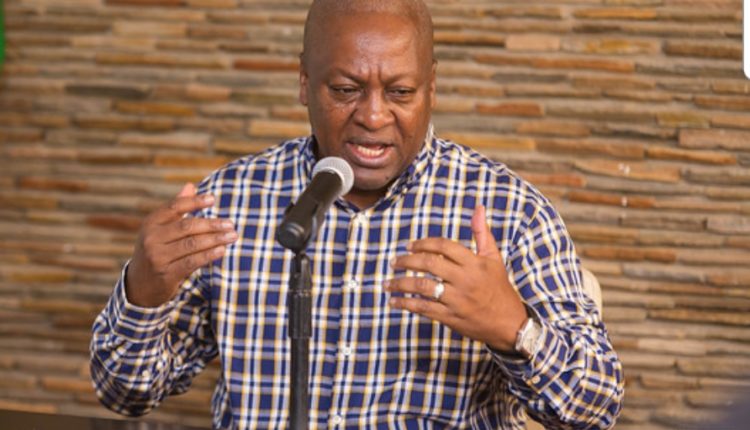 Former President John Dramani Mahama has insisted that the implementation of the Representation of the People’s Amendment Law (ROPAL) must be devoid of any form of discrimination.

The former President suggested that he has some reservations with respect to certain aspects of the law and has called on the various stakeholders to have a second look at the law and engage broadly before rolling the initiative out fully.

John Mahama noted that if the policy is to be rolled out then Ghanaians living in every part of the world, irrespective of geographic location or status, must be allowed to vote and not those in specific locations.

The flagbearer of the National Democratic Congress (NDC) made these reservations known when addressed the 40th Anniversary Dinner Dance of Ghana Union UK in London.

The former President explained that remittances of all Ghanaians in the diaspora amounted to $3.8 billion in 2018. This money went into the socio-economic development of Ghana, therefore, every Ghanaian in the diaspora has a locus, once eligible under the law, to elect the desired leader.

On the back of this, the NDC flagbearer commended the efforts and contribution of Ghanaians abroad to the economic development of Ghana. He, however, noted the problem of brain drain on the resources of Ghana.

“We must create business opportunities for Ghanaians irrespective of political affiliation. I’m motivated to dream and look at the future of Ghana with hope. I have always believed in a united Ghana. Ghanaians are best placed to develop Ghana. Nobody, but ourselves, can do it”, the former President noted.

President Kufuor signed into law the Representation of the People Amendment Act (ROPAA), only a day after its passage by Parliament in February 2006. ROPAL is the law that allows Ghanaians living abroad (GLAs) to vote abroad in Ghana’s parliamentary and presidential elections.
Story By Aba Asamoah / info@theghanareport.com
John Dramani MahamaRepresentation of the People’s Amendment Law
Leave A Comment
Cancel Reply
You might also like
Politics