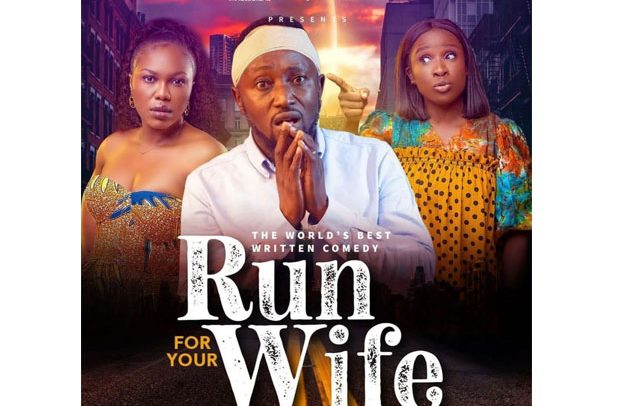 Renowned Ghanaian event organiser and media personality, George Quaye, is set to stage as lead performer and director in the Ghanaian adaptation of British writer Ray Cooney’s play ‘Run For Your Wife’.

The play will be shown live at the National Theatre on October 1 and 2 each day, with two outings at 4pm and 8pm.

The story is centred on Adjei Sowah, an Accra-based taxi driver with two wives, two lives, and a very precisely planned schedule for juggling them both so they neither suspect he’s a bigamist nor discover each other.

Wife number one, Mary, lives with him in Labone, while wife number two, Naa Shome, also lives with him five minutes away in East Cantonments. Trouble brews when Mr. Sowah gets involved in a mugging incident and ends up in the hospital, where both of his addresses surface, causing both the Labone and Cantonments police to investigate the case.

His careful schedule is thrown out of gear, he becomes hopelessly entangled in his attempts to explain himself to his two wives and two suspicious police officers, with help from his lazy lay-about neighbour from Labone, Stanley Gardner.

‘Run For Your Wife’ teases out the terrible complications that come up when one tells a lie and needs another lie to cover it up. It teaches us all to stay true in all matters.

‘Run For Your Wife’ is an Imagebureau production in partnership with Naa Ashorkor’s April Communications Limited.