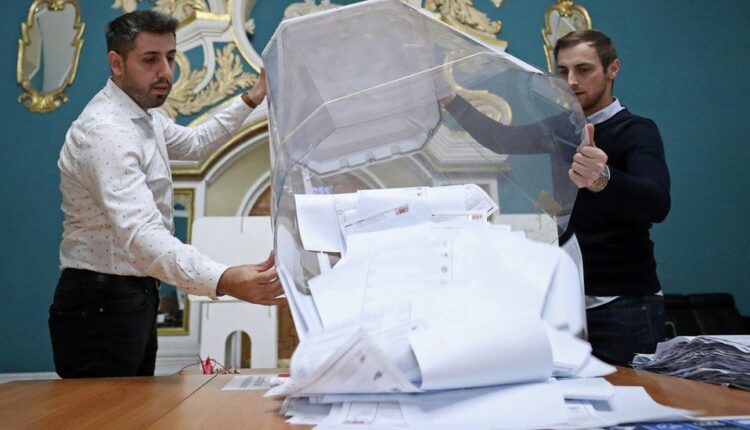 President Vladimir Putin’s United Russia party looks set for a majority in the country’s parliamentary election, after a vote dogged by allegations of fraud.

An exit poll predicted a resounding victory for the ruling party.

The Kremlin’s most vocal critics were barred from running in the election, and there have been numerous reports of ballot stuffing and forced voting.

The election commission rejected the claims.

In its initial set of results, the commission said that with 33% of votes counted, United Russia had received more than 45% of the vote.

An exit poll conducted by Insomar and published by Russia’s Ria news agency predicted that the party would win just over 45% of the vote.

A state television broadcast showed a senior United Russia official, Andrei Turchak, congratulating a crowd of supporters in Moscow on what he described as a clean and honest victory.

The partial results show that despite Mr Putin’s party easily retaining its majority in parliament, it lost around one fifth of its support. In 2016, the party won 54% of the vote.

But he remains popular with many Russians who credit him with standing up to the West and restoring national pride.