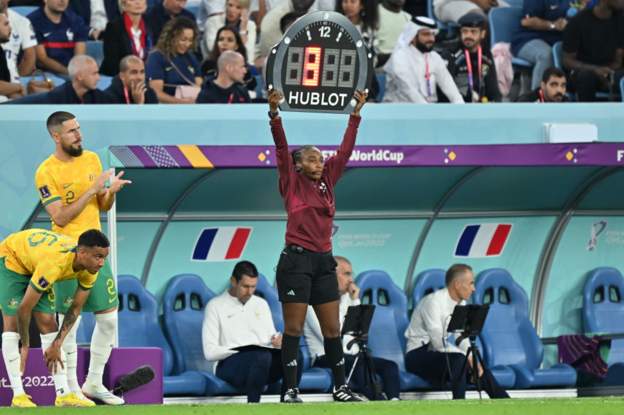 Rwandan referee Salima Mukansanga made history on Tuesday after becoming the first African female referee to officiate in a men’s World Cup match.

The 34-year-old was the fourth official in the match between reigning world champions France and Australia.

South African Victor Gomes was the centre referee and was assisted by countryman Zakhele Siwela and Lesotho’s Souru Phatšoane.

Earlier this year, Mukansanga became the first woman to take charge of a match at the men’s Africa Cup of Nations, which was first played in 1958, while last year she officiated at the Olympic Games in Tokyo.