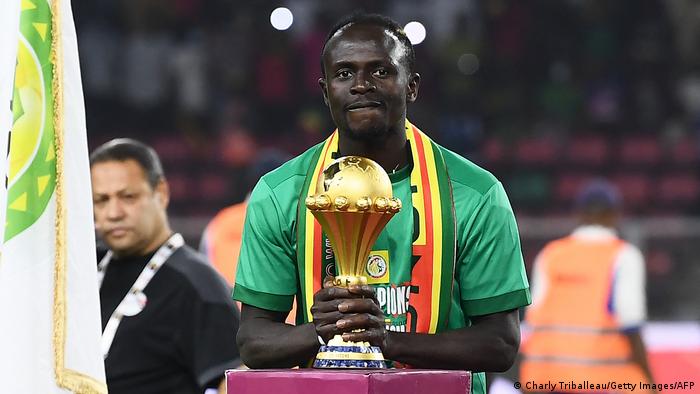 On Thursday, July 21, 2022, Senegal’s Sadio Mane was crowned the 2021 African Footballer of the Year at a ceremony in Rabat, Morocco.

This was his second, having won it the first time in 2019. In writing again about football, I am guided by Shakespeare’s words “Discretion is the better part of valour.” Why?

In my September 2021 article “The Miracle of El Wak-1977,” I described how from a 2-5 deficit in Lusaka, Zambia, at the African Club Championship, Accra Hearts of Oak won a sensational second-leg 3-0 victory over Mufilira Wanderers of Zambia at the El Wak Stadium.

Inadvertently, I included midfielder Adolf Armah, and not Mama Acquah.

This mistake was sacrilegious to a “writer” who did not only lambast me, but also took my editors to the cleaners for allowing me to commit such a crime.
Thereafter, I resolved to be very careful about writing about football so as not to inflame passions.

Until Sadio Mane came into the limelight in 2012, his village Bambali with a population of 2000, was virtually unknown on Senegal’s map.

Coming from the depths of poverty, the now famous international football star donated 250,000 pounds sterling ($305,000) in 2019 for the building of a secondary school in his hometown Bambali.

When questioned about it, his answer has been described as “legendary!”

Sadio’s answer on his cracked phone was: “Why would I want 10 Ferraris, twenty diamond watches and two jet planes? What would that do for the world? I starved, I worked in the fields, I played barefooted and did not go to school.

Now I can help people.” “I prefer to build schools and give poor people food or clothing. I have built schools and stadium. We provide clothes, shoes and food for people in extreme poverty.

I give 70 euros/ month to all people from a very poor Senegalese region (my village), in order to contribute to their family economy.”

“I do not need to display luxury cars, luxury homes, trips and even planes. I prefer that my people receive a little of what life has given me.”

There are Ghanaians who can build schools and hospitals in their villages like Sadio Mane. However, they would rather ostentatiously flaunt their wealth about, than help develop their villages as Sadio has done for his hometown Bambali.

As you show-off your wealth, remember the good Book’s description of such ostentation as, “all vanity!” Man’s life is threescore-and-ten, and by reason of strength could be fourscore, but full of travails.

At the foot of his grave at the Arlington National Cemetery, President Kennedy’s famous words are inscribed as; “My dear American, ask not what your country can do for you. Ask what you can do for your country!” I commend this to Ghanaian leaders! “

Ask not what Ghana can do for you. Ask what you can do for Ghana.” Remember, Ghana’s average life expectancy is sixty-four years.

So, why all the grabbing as if life is forever? At age 30, Sadio Mane has used his football talent to lift many Senegalese out of poverty. His legacy is forever!

Unlike some who were born with silver spoons in their mouths, Sadio, without any education, struggled his way out of poverty to be the philanthropist that he is today, because he understands poverty, having experienced it.

A lecturer teaching his students about the economy and development sought permission to take them on a field-trip to a deprived community to give them a glimpse of practical poverty. He was denied permission by the authorities.

His lamentation was, how do such students from rich homes, who will go on to acquire higher degrees, understand poverty when they, not having experienced poverty in their lives, become policymakers in future?

Sadio’s humility in his “legendary” answer is commended to Ghanaians both in the sports fraternity and non-sports world who can give back to society what society has given them by the accident of birth. Bambali gave Sadio nothing, but Sadio has given Bambali his all.

In the words of President Kennedy, “If a free society cannot help the many who are poor, it cannot save the few who are rich!” God bless Sadio Mane and unsung like-minded Ghanaian philanthropic heroes/heroines. Your actions are divinely blessed!