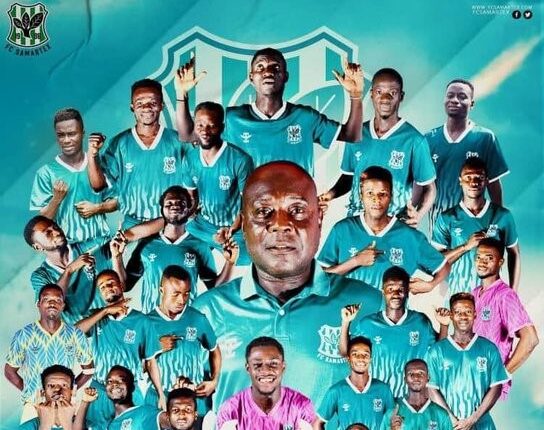 FC Samartex 1996 has secured promotion to the Ghana Premier League (GPL) for the first time in the club’s history since its establishment in 1996.

For most of the campaign, the Samreboi-based club that dominated Zone Two of the 2021/22 Division One League has made it with three matches to spare.

The Timbers confirmed their promotion after securing a goalless draw away to Swedru All Blacks, and Ebusua Dwarfs losing 1-0 to Nzema Kotoko in Aiyinase.

🟢CLUB NOTICE⚪️
The Management of FC Samartex 1996 wish to inform our vociferous supporters who are anxiously awaiting our return at Samreboi that the team will arrive around 6:00am tomorrow.
We, therefore, call on our supporters to welcome our Gallant Warriors in their numbers pic.twitter.com/yFeQduS10q

The results mean that the newly-promoted side has opened a 10-point gap in the Zone Two league table with 61 points, followed by Ebusua Dwarfs, who are in the second position with 51 points after their defeat to Nzema Kotoko.

FC Samartex will play Hasaacas at home before concluding with games against Future Stars and New Edubiase United football club.