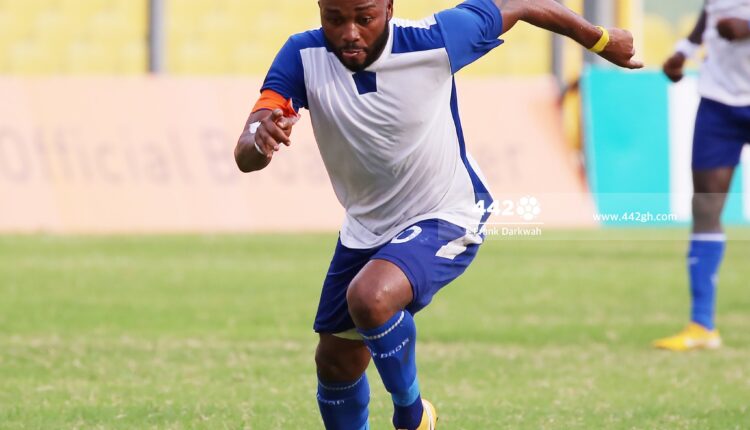 Samuel Boadu: I asked Hearts of Oak board to sign Gladson Awako, he’s joining us

Accra Hearts of Oak head coach Samuel Boadu has revealed that he recommended Great Olympics talisman Gladson Awako to the club’s board of directors for their next season’s campaign.

Boadu in an interview with Kumasi-based radio station Silver FM disclosed that he will be working with the experienced attacking midfielder next season.

Hearts of Oak is reported to have reached an agreement with Great Olympics over the acquisition of the 30-year-old offensive midfielder.

Awako has already agreed terms with the most decorated club in Ghana over a two-year deal subject to a mandatory medical examination.

“Yes, it is true that Gladson Awako will be part of Hearts of Oak squad next season. I recommended him to the Hearts of Oak management and Board of directors,” Boadu told Silver FM

“He is very good with enormous qualities which will help us in our next season’s campaign.”

Awako returned to the Ghanaian top-flight league to join Accra Great Olympics after having stints with TP Mazambe, Don Bosco all in Congo and American outfit Phoenix Rising FC.

He was a key performer for Great Olympics in the just-ended campaign having relaunched his career in a grand style getting involved in 13 goals; scoring 6 and assisting 7 including four man of the match awards.

Awako was a member of the Ghana U20 team that conquered World football in 2009 after winning the Africa Youth Championship and FIFA U20 World Cup.