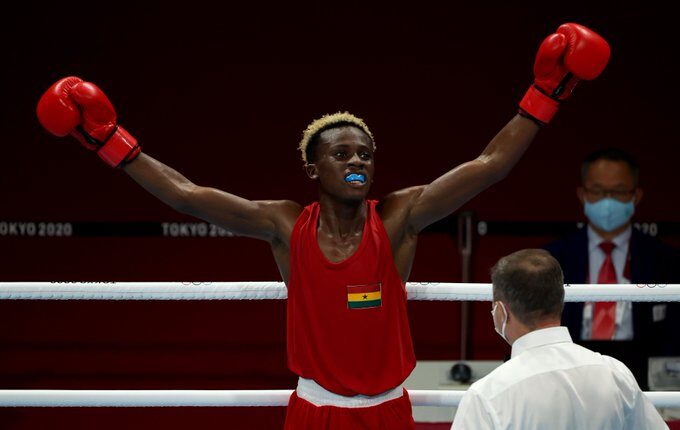 “Ike Quartey [his trainer] has to make him fight with most of the known African fighters for him to get better for the world stage. He is an Olympic medalist so he is always ready for a title fight. Even if he gets ten fights wins, he can fight for a world title. Because his amateur experience is less, he always has to fight the best boxers here in Ghana and see if he is ready for the world stage.”

Samuel Takyi won a bronze medal in the men’s featherweight division at the 2020 Summer Olympics in Tokyo, Japan.