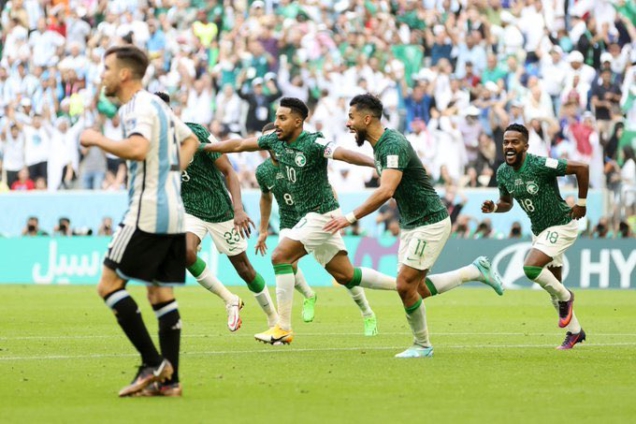 Following the 2-1 victory over Argentina in their 2022 FIFA World Cup opening game, Saudi Arabia’s King, Salim bin Abdulaziz has directed tomorrow be made a holiday.

Saudi Arabia made a bold statement in Group C earlier on Tuesday, coming from behind to beat the South Americans.

Saudi Arabia, who are ranked 51st in the FIFA ranking, could have been done and dusted in the first half as Lionel Messi opened the scoring from the penalty spot before Argentina had three goals ruled out for offside.

However, the Green Falcons flipped the game on its head in a stunning 10-minute period after recess, with Saleh Al-Shehri levelling with a low effort and Salem Al Dawsari firing them ahead to spark pandemonium in the stands.

Following the end of the game, Salim bin Abdulaziz, who is the King of Saudi Arabia, ordered Wednesday, November 23, be made a holiday for all employees and students as they enjoy the victory.

Saudi Arabia’s King, Salman bin Abdulaziz Al Saud, has directed that tomorrow be made a holiday for all employees and students, following the their victory against Argentina in the FIFA World Cup 🇸🇦👏🏾#MGLQatar2022 | #FIFAWorldCup pic.twitter.com/0VvQGGS4Rh