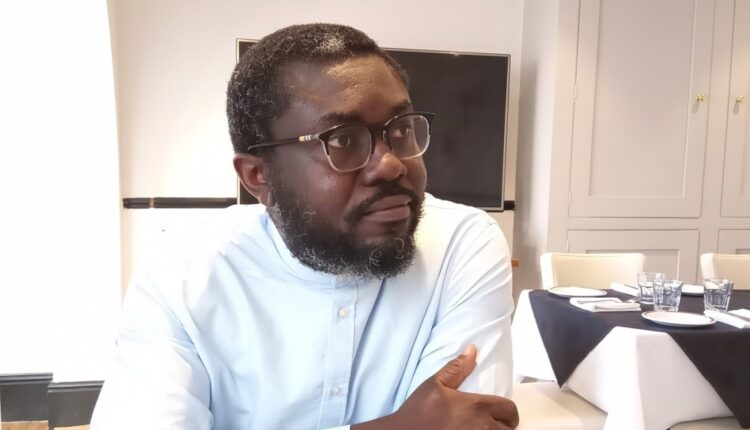 The Supreme Court on Tuesday, July 12, awarded a cost of GH₵10,000 against #FixTheCountry Convener Oliver Barker-Vormawor.

This was in an application seeking to commit the Commissioner-General of the Ghana Revenue Authority (GRA), and the GRA itself on contempt charges, for going ahead with the e-levy implementation despite a court injunction.

Aside from the cost, the seven-member panel of the apex court presided by Nene Amegatcher also dismissed the substantive application that suggested the two parties were in contempt of court.

“The application in itself is defective and does not measure up to the standard. The application before us is frivolous and vexatious. We find no merit in it and dismiss same. We also award cost of GH₵10,000 to be paid personally by counsel,” Justice Amegatcher ruled.

The youth activist appeared as counsel for Benjamin Darko of Democratic Accountability Lab.

The legal team, in their application, had argued that once the implementation of the electronic transfer levy had been injuncted, the authority had no right to go ahead with the said deductions.

But the seven-member panel outrightly dismissed the application without hearing from the other parties.

“We do not think we should call on counsel for the second respondent to respond, the applicant in our view has no locus and is not clothed by law to file the instant application to commit the Commissioner-General and the GRA for contempt of court,” the court held.

Prior to the ruling, the apex court had chastised the social media firebrand Barker Vormawor for failing to adhere to the High Court rules and procedures in filing the necessary processes.

The panel first questioned why he had failed to name the specific official he wanted to be the subject of the contempt action and why that official had not been served.

They also expressed concern with how the team had captured their title in their application and further asked for legal authority to buttress their stance.

But Mr. Barker-Vormawor failed to cite any authority, which infuriated the judges.

“You just rush to the court. You should know you just don’t get up and come to the Supreme Court,” the court said.

Barker-Vormawor stepped in to point out that in matters that concerned the integrity of the law, a person can step in to seek the intervention of the court.

“So any matter a third party can jump in? You want us to punish a high-ranking official and you are saying anyone can just show up. Like just walking along the roadside and deciding to take such an action?” Justice Prof. Henrietta Mensah Bonsu quizzed.

“Respectfully, I disagree with the bench,” Mr. Barker-Vormawor said.

A panel member Justice Kotey said “This is just a waste of the court’s time. If you will not take a cue, we will rule and we will see.”