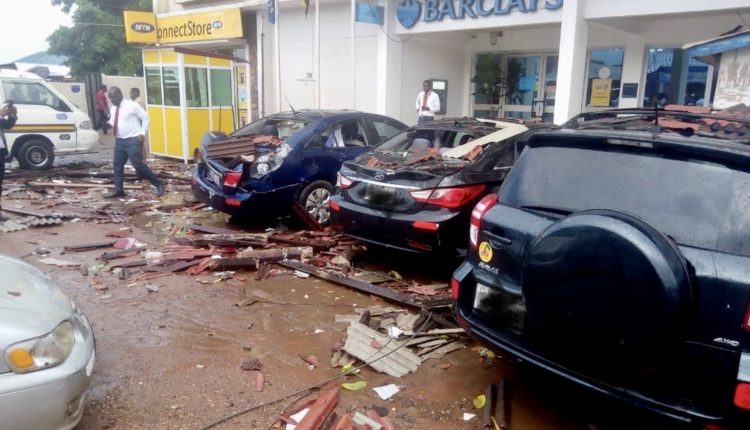 At least three hundred residents in Somanya have been affected by a rainstorm which hit the area on Monday.

“There were five casualties but they were all not major casualties. We took them to the poly clinic and they were treated and discharged as at yesterday (Monday), 5:30-6:00 pm,” the NADMO District Coordinator for Yilo Krobo, Michael Jackson Bruku, said in an interview, on Starr FM, monitored by theghanareport.com.

The violent rains which lasted just twenty minutes wreaked havoc in the township. 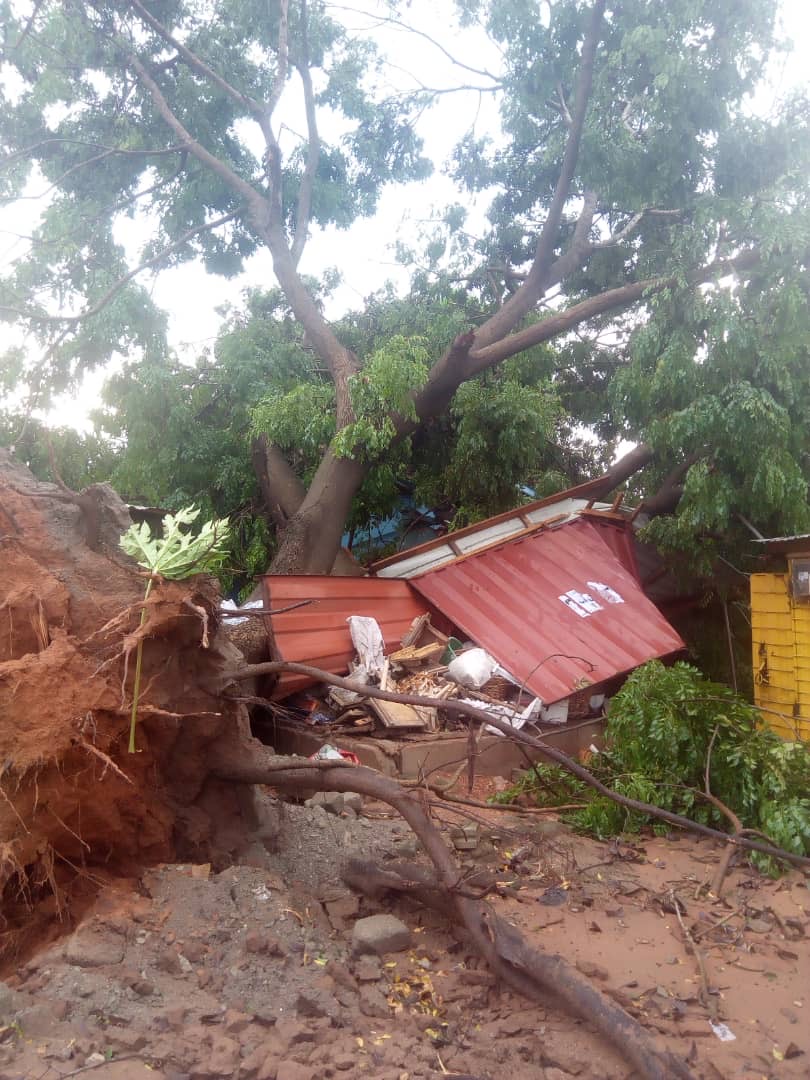 Several buildings including schools and banks had their roofs ripped off. 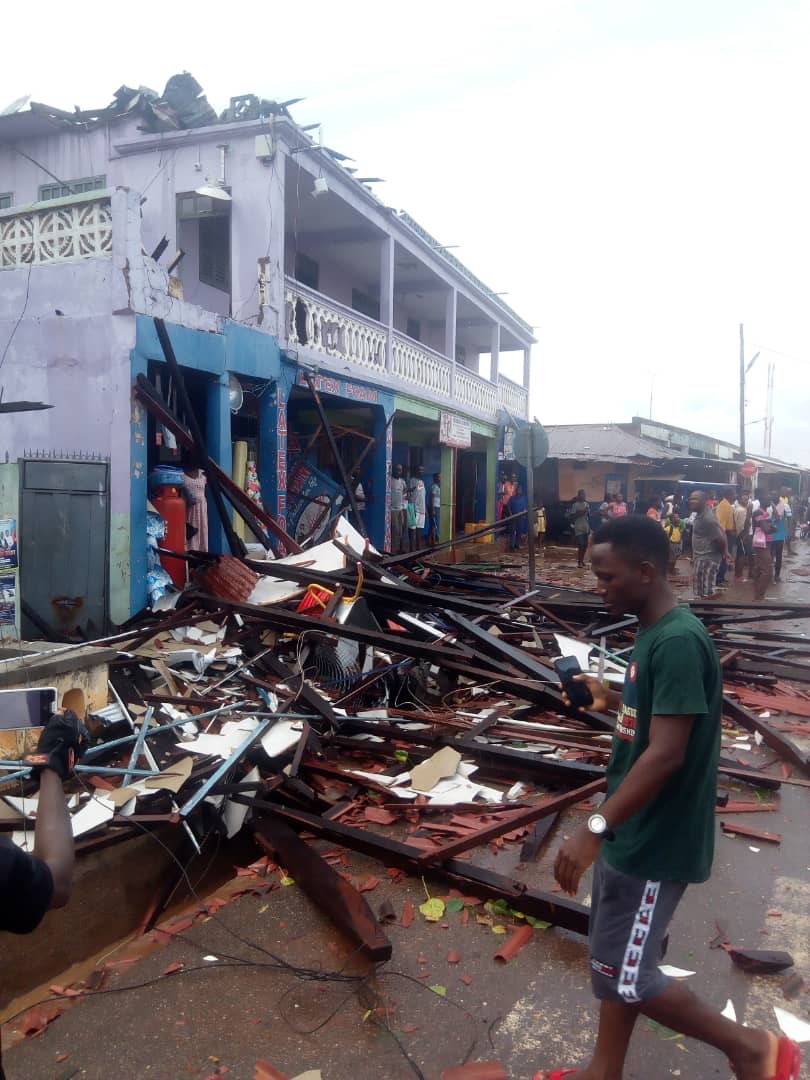 Many trees also fell onto the streets causing discomfort to the many road users. 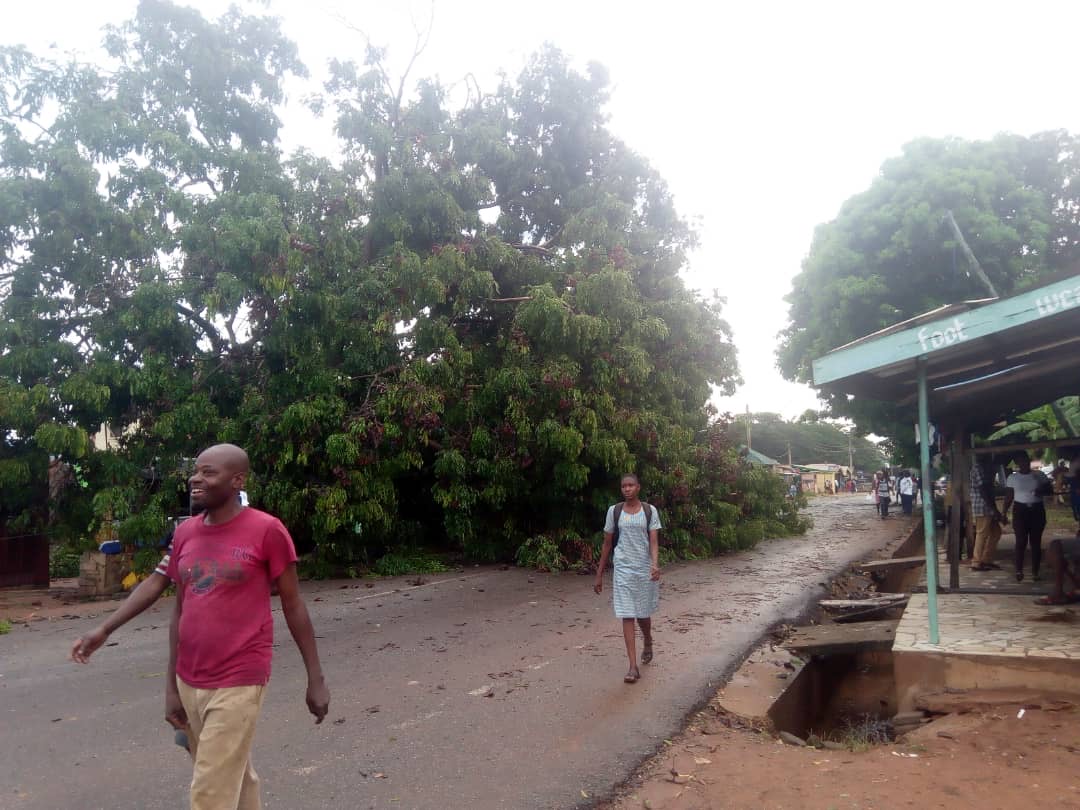 Bruku said victims are yet to receive relief items from the organisation.

According to him, an assessment of the damage is needed before the distribution of items will be done.

When asked if the organisation had enough relief items to distribute to the three hundred affected residents, Mr Bruku said they had called for reinforcement from the Regional office.

“What we did was that we called for reinforcement from our operational unit at the regional level so this morning, I had a call that they are preparing to join the municipal staff to go round, do a proper assessment of the situation and then mobilize the items that they will need”.

Mr Bruku further stated that “mostly, it is iron sheets that will be needed to support the families and those that have their roof ripped off. So our major challenge is going to be the roofing sheets and then other items can be supporting items for the affected families”.

The violent winds which accompanied the rains according to the NADMO Director affected the main high tension pole.

The situation he explained caused blackout throughout the night.

“As we speak this morning, half of the Somanya township is without electricity. The high tension as it stands now is down so the ECG is also mobilizing quickly to get to work to fix the power situation. A lot of cables are affected and it’s going to be a major situation for the ECG to fix the situation from today to tomorrow” Mr Bruku said.