Secondary Education, Economic Transformation, and the Future of Work in Africa.

A large and growing youth workforce holds enormous potential for Africa, but only if the continent’s chronic unemployment—and-under employment—issues are addressed.

The solution starts with education.

Sub-Saharan Africa (SSA) is the world’s youngest region—more than three-fifths of its population is under the age of 25—and it is continuing to get younger. By 2030, the region’s working-age population is expected to reach 600 million, 37% of which (260 million) will be between the ages of 15 and 24 (defined here as the youth population), a proportion bigger than that in China.

With the right education and training, coupled with national transformation strategies and policies that provide the right environment for rapid economic growth and creation of employment opportunities.

Africa’s large and fast-growing youth population could be a great asset for development and a source of comparative advantage on world markets. However, Africa already faces high unemployment— which continues to increase—and vulnerable employment among its youth.

In 2015, using ILO’s conventional definition, youth unemployment in Africa was 10.9%, significantly higher than the adult (over the age of 25) rate of 5.6%.

However, using a broader definition of unemployment—such as “Not in Employment Education and Training (NEET)”, which is more reflective of actual conditions—the figure doubles. For instance, estimates from the labour force survey of Ghana in 2015 shows a youth unemployment rate of 14.4%. When the NEET concept is used, the figure almost doubles to 27.1 %.

Even among the employed, the numbers offer dire warning signs. More than 80% of workers in African countries are in the informal sector, either in traditional agriculture or in urban informal economic activities, where under-employment and low earnings are pervasive. In countries like Ghana, only about 10% of the 200,000 that enter the labour force each year find formal sector jobs.

Indeed, the unemployment rate among secondary and tertiary school graduates are 24.4 and 15.4 percent, respectively. Ghana is not unique in SSA. Similar trends can be found in countries such as Ethiopia, Kenya, Nigeria, Rwanda and Senegal. Thus, while economic growth has been decent in most countries—above 5% on average across the continent for the past two decades – it has not translated into sustained creation of decent jobs.

Research indicates some 90% of jobs created are in the low-productivity informal sector. Inequality is also higher in Sub-Saharan Africa than in other developing regions, underscoring the fact that growth is not widely shared.

As a result, the face of the unemployed and informal sector worker in Africa is no longer that of an uneducated man or woman, as it has been in the past. It is now rapidly changing to become that of a secondary or tertiary school graduate. 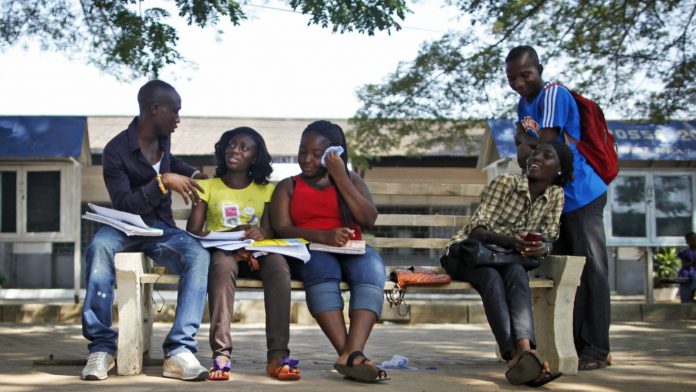 Given Africa’s surging youth population, this shift in the labour landscape not only puts inclusive growth and economic transformation goals at risk but also the continent’s demographic dividend.

Without significant improvements in youth employment rates, Africa’s unparalleled comparative advantage over the next few decades—a young and skilled global labour force—will be squandered. The solution starts with education.

The reasons for the rising number of educated unemployment in Africa stem from both the supply and demand sides.

On the supply side, the number of students completing the secondary level have been increasing alongside the population, due in part to improved access to primary school as well as secondary and tertiary schools. Unfortunately, the pace of expansion in job demand in Africa’s formal sectors have not kept pace with secondary and tertiary graduation rates.

To make matters worse, part of the job demand in the formal sector cannot be met by the secondary and tertiary graduates due either to the poor quality of their education or to specialization in subject areas (such as arts and humanities) that do not align with employer demands (such as science, technology and mathematics, or STEM).

Projecting the recent economic and (formal) employment growth trends into the future, together with population estimates, and even assuming the same secondary and tertiary school enrolment ratios and no fundamental changes in technological and global trade trends, presents a bleak picture of rising educated youth unemployment in Africa.

But secondary enrolment ratios are not likely to stay the same. They will rise as political and social pressure mount in African countries to provide secondary school spaces for all the young children coming out of the expanded and nearly universal primary education system. Already, several countries (including Ghana, Kenya and Uganda) have introduced free secondary education for all. Secondly, technology is not staying the same.

One important implication is the diminished importance of labour as a factor in manufacturing production. Consequently, the need to reduce labour costs is becoming less important in the location decisions of global manufacturing companies and lead firms in global value chains. This is already causing a rearrangement of global manufacturing, with some companies that had outsourced production bringing them back to their home or at least to neighbouring countries.

For the past 15 to 20 years, the advice to African countries seeking economic transformation was simple: follow the East-Asian model. In other words, reduce costs by improving investment climates, and focus on labour-intensive and export-oriented manufacturing to capitalize on abundant labour. This model has been shown to lead to fast growth and employment, mainly in assembly-line jobs that often do not require many skills beyond basic literacy.

However, with the current disruptive technological changes and its impacts on global production and trade, the way forward is not so clear. What preparation for the youth is needed for the new world order?

African countries are recognizing the urgent need for tailored strategies for the future of work even as the unfolding technological revolution is speeding up the present. Two overarching, interrelated factors are key to this:

The success of the former is reliant on the latter, whereas the latter is less likely to succeed outside the framework of the former. And urgency is paramount. According to African Development Bank estimates, if youth unemployment rates remain unchanged, nearly 50% of Africa’s young people (excluding students) will be unemployed, discouraged, or economically inactive by 2025.

Countries across the region have invested significantly in education and access to primary education has improved substantially. However, progress against commitments madeby education ministers to ensure basic education for all has been slow, and substantial challenges remain.

The cumulative impact is apparent: many Africans are not developing the skills they need for productive employment. Employers in Africa consistently identify an inadequately skilled workforce as a major constraint to their businesses. As economies and sectors grow, skills constraints are likely to become more binding. A strategic approach to skills investment that covers all skills, from literacy and basic to tertiary education, and that is aligned with evolving labor market demands is crucial for successful transformation, and for Africa to see a true demographic dividend in the years ahead.

Toward a demographic dividend 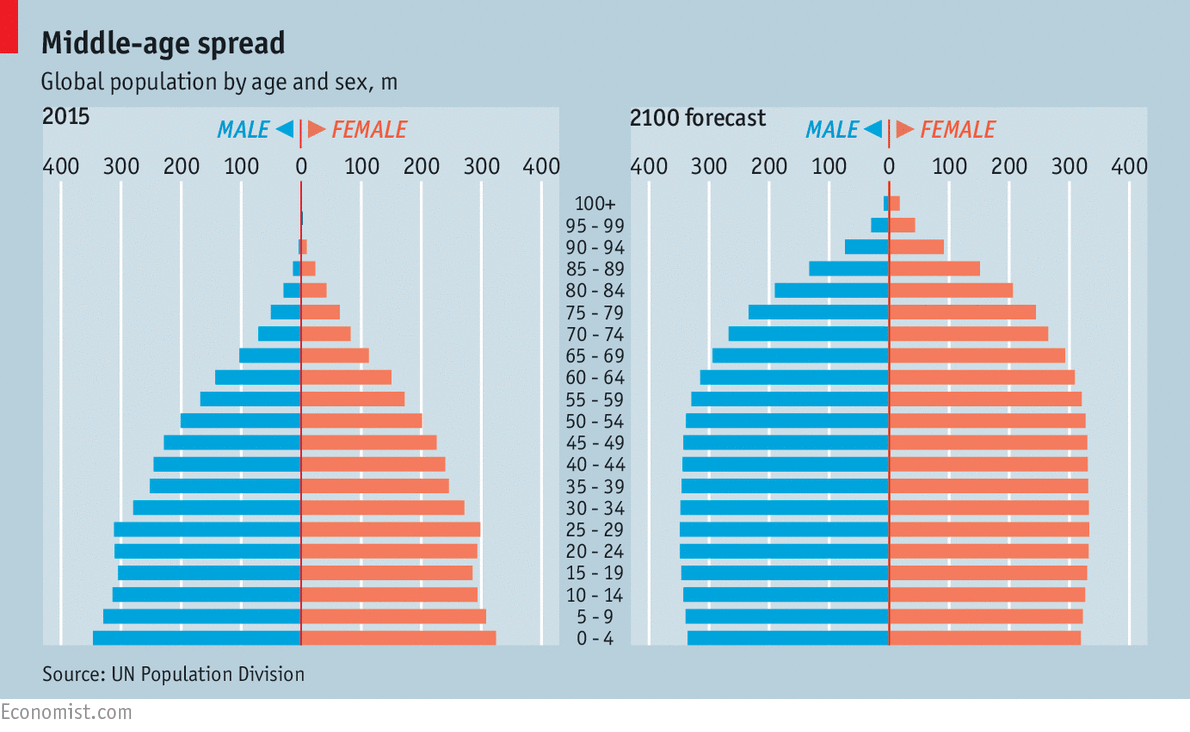 Africa is yet to experience the demographic transition that propelled rapid economic growth in East Asia by expanding the working age population and simultaneously decreasing the dependency ratio. In East Asia, in addition to inclusive transformative policies, savings generated by the demographic dividend enabled increased investment in primary, secondary and technical education, and skills development. Thus, the impact of the dividend was huge.

Achieving a demographic dividend is, of course, not automatic; it requires strong policy support to ensure there are enough productive jobs and a workforce with the right skills for those jobs. The SSA region will have to create productive jobs at an average of about 20 million each year until 2035—a fast pace to absorb new entrants into the labor force. And it will have to do so amid rapid technological advances. The challenge is daunting, but the potential is huge for 4IR to help transform African economies and unleash new opportunities.

Future employment and industry, which is explored further in Part 2 of this series, may hasten formalization through new platforms and applications that increase efficiency and also create new types of jobs. For example, mobile banking opens up job opportunities for self-employed workers while also making it easier for them to register payments, pay taxes, and gain access to credit.

No other region has ever faced the magnitude of the education challenges most African countries will face over the next couple of decades. Strong institutions, including Tthe political capacity to make resources trade-offs between population groups and sectors, will be needed. If countries are able to do so effectively, they are likely to see an increase in the participation of previously excluded people, especially youth and women. They key is ensuring the supportive infrastructure exists, including the right skills and access to technologies, so that everyone can make the most of the potential benefits.