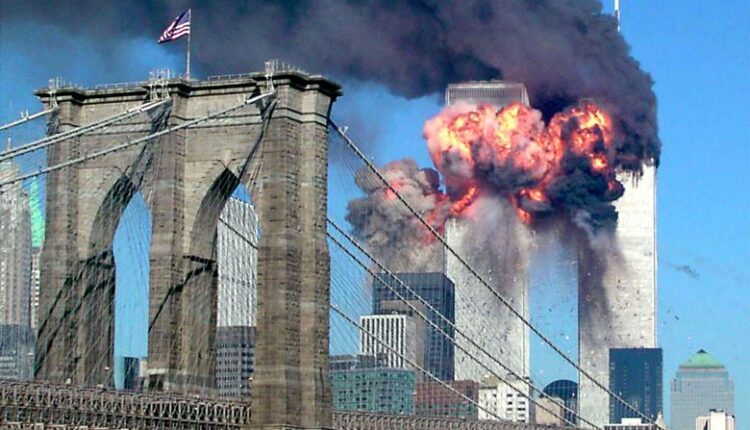 Story By Kofi Akpabli, Tourism consultant and cultural activist On September 10, 2021, 7:19 AM
Share

Something was in the grey, downtown New York air of September 11, 2007. Something between numb and vague; something hard to explain.

It was the 6th anniversary of the terrorist attack on the New York Trade Centre. Like the fateful day in 2001, that year’s remembrance fell on Tuesday. But that Tuesday was a rainy one.

For an Accra boy standing on Ground Zero, the happening could well be way out of my world.

What with bells tolling, the moments of silence and roses galore. In another sense, however, I could connect.

Every human would. Grief, human grief has never been an alien emotion.

As in a liturgy, the names of the dead were recited; all three thousand (pardon my rounding up figures on the dead). The deceased came from nearly all nations, all occupations, all income levels and all age groups. It is a roll call of humanity.

In Asafo style, some youth groups would chant jama.

But this is New York. And here, it’s all in the mind. The faces you meet on the subways and avenues seem to wear some indifference.

However, if you understand defiance for what it is, you would know how well it could hide. Indifference does not carry a flag in one hand and a rose in the other.

At 8:46 am., the bells tolled. That was the exact moment terrorists plunged the first of two planes at the World Trade Centre. The bells also tolled in Virginia, Pennsylvania and Washington and all through the states.

But for how long would America mourn the events? Better still, how should the tragedy be marked?

The decision, of course, would be by Americans, of Americans and for Americans.

From my limited sphere, I tried to sample some views. Based on my idea of cross -section, I managed to talk to about half a dozen folks.  The verdict?  Split decision.

There was Greg Austin, a 21-year-old college student who had come all the way from Idaho. He said it was his first time in New York. ‘’I wouldn’t mind seeing this memorial every year’’, Austin added.

Then I bumped into thin but tough looking, 62-year-old Dani Martinez who is also thumbs up for the memorial.

Martinez said he had been to Ghana before in the 1960’s to do humanitarian work.

Also, in total support is wheel-chaired Latarsha Tierney, of ‘’30-something’’ years.

Then there was Amie Daniels, blue eyed and blonde to the bone. She said, ‘’the annual celebration is a good thing but must be ended some way, somehow’’.

Daniels is the nearest I had come to an actual September 11 victim. Her ex-boyfriend’s father died in the attack.

Elsewhere in the city, Rev. Kevin Madigan of the St Peter’s Church told his flock(the oldest Catholic Congregation), “We must never forget the good and decent men we lost that day but we can’t keep looking back.’’

Shania Lucas, is a 27-year-old broadcast journalist. Her stance on the matter came in a series of questions, ‘’How long can we continue with this? Five more years? Another 10? Forever?’’

The mixed feeling to marking September 11 was in a sense, reflected in the media.The “New York Times” gave the day’s remembrance same front page prominence as it did to a congressional hearing on Iraq.

The “New York Post” also gave a half, front page banner: ‘’We Remember’’. In Spanish, the newspaper called “El Diaro” featured a full front-page headline: “Los Olvidados Del 9/11.’’ It featured the shadowed picture of a girl and a boy holding an American flag between them.

Television networks also paid their due to the day’s event although C. Span, for example, was very heavy on Iraq stuff.

Radio stations also carried on with their morning and afternoon shows but with intermittent memorial reports whilst stations such as WBLS actually played back sound bites of the six-year-old attack.

On the whole, it came out clear that New York is determined to shed off the agony of September 11. There is talk of turning the event into a day of doing good deeds for humankind.

In place of the destroyed Twin Towers, plans are afoot to rebuild a grander edifice.

There is a conscious effort to make New York the safest big city in the US. Mayor Bloomberg said that much in a statement at the UN headquarters a few days earlier.

In addition, the ‘’If You See Something Say Something’’ campaign is one strategy to achieve safety for New York.

It emphasised information sharing on suspicious activities in public places.

You may call them the perfect family- one man, one wife; one boy, one girl. When I asked the man for an interview, he shied away and rather pointed at his wife.

Asked how she felt, the woman who shares her birthday with September 11 had this to say, “It’s like having your favourite meal served in a dirty plate.’’

The article was written with the assistance from Eric Adae.