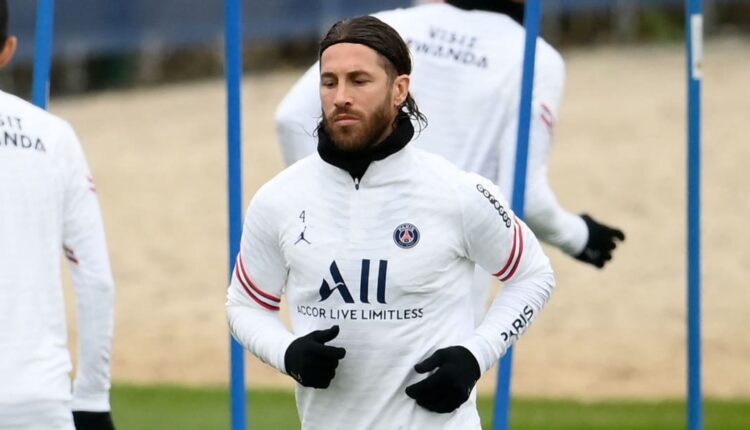 Sergio Ramos has been included in Paris Saint-Germain’s travelling squad for the Champions League fixture at Manchester City on Wednesday.

The Spanish legend has been plagued by injuries since leaving Real Madrid for the French giants in the summer and is still yet to make his debut for his new side.

Ramos was in contention to play against Nantes on Saturday but wasn’t risked, but RMC Sport now report he is in the squad for the vital fixture against City.

The pair sit in the two qualification spots in Group A, with City a point ahead of PSG. Mauricio Pochettino’s side did beat Pep Guardiola’s outfit when they faced each other earlier in the season, but draws with Club Bruges and RB Leipzig have cost them while City have had no other slip ups.

Elsewhere, Marquinhos, Gianluigi Donnarumma and Presnel Kimpembe are expected to be available again, so Ramos may not actually feature if Pochettino has his first-choice centre-back pairing fit and ready.

Kylian Mbappe missed training on Monday morning with illness but has been included in the squad and isn’t expected to miss out on Wednesday. Julian Draxler and Rafinha are the only confirmed absentees.

It’s the latest encounter between City and PSG in the Champions League. The two clubs met in the semi-finals last season, with City triumphing thanks to a comprehensive 4-1 aggregate victory.

The Champions League is the main target for PSG this season. Despite the years of heavy investment, they are still yet to win Europe’s greatest prize, coming closest in 2019/20 when they were beaten 1-0 by Bayern Munich in the final.

PSG’s latest victory over Nantes took their unbeaten streak to seven games, though their away form has been suspect in recent weeks.