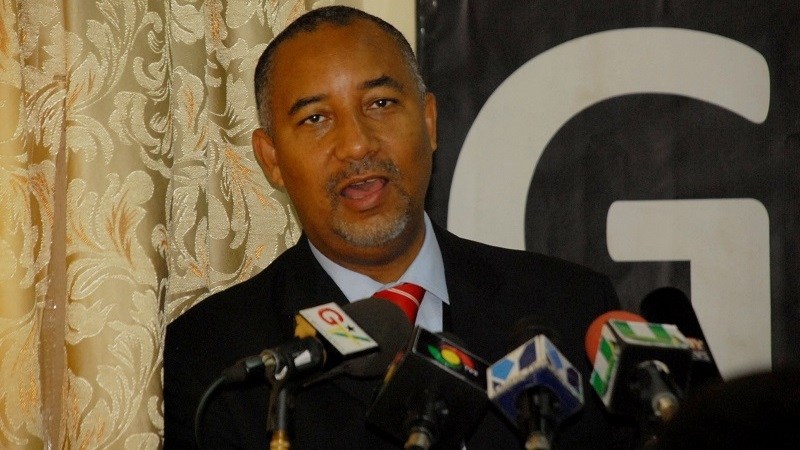 The status quo (current funds collection and distribution mechanism), according to him, is flawed with deliberate delays which caused unnecessary float interest revenue for the collecting company.

That, he alleged, was all done in collusion with the banks which enriches them (the Banks and PDS (ECG)) at the expense of the other power sector service providers who are always short of cash.

Additionally, he called for the urgent need for the institution of a Cash Waterfall Mechanism (CWM) to prevent the growth of the energy sector-wide indebtedness.

CWM, Mr. Mould explained, is a protocol to ensure that all players in the power sector value chain that supplies electricity to homes, offices and Industry are paid on time without the unnecessary interference by government or any institution that collects the revenue on behalf of the service providers.

In July, 2017, Cabinet approved the implementation of CWM as a new revenue distribution system to address the increasing legacy debts in the energy sector.

This mechanism is part of a wider strategy to ensure an equitable distribution of energy sector revenues to all stakeholders in the value chain.

But Mr. Mould in an interview alleged that: “there seems to be some reluctance by the Finance Minister to set up the Collection Account and also set up an agreed protocol for the distribution of the proceeds on a timely basis to the service providers in the power sector.”

He said there was no other reason for “this self-imposed inertia apart from the fact that this is part of the jigsaw puzzle in the grand scheme to perpetuate State Capture in the Power Sector.”

Mr. Mould who is also a Finance Analyst and former Executive Director of the Standard Chartered Bank claimed that, the main interest of the Power Distribution Services was to control and profit from the liquidity generated from the sale of electricity.

“PDS plans doing this by having one or two banks handling all its cash collections and thus be able to control the liquidity generated by the power sector to the detriment of the power service providers like VRA, GRIDCo, the Independent Power Producers and the Fuel Suppliers i.e Ghana Gas, GNPC and NGas,” he added.

“This should be managed by a Trustee comprising of the major players in the industry which seeks the interest of the viability of the players in the power sector with the goal of restoring the much needed financial credibility and creditworthiness.”

The delay, according to him, was causing further delays in payments to the main players in the value chain “which translates in higher financial costs and lack of liquidity to carry out their businesses effectively and efficiently.”

That, Mr. Mould said was a breach of one of the conditions set by the World Bank in order to assist in improving the efficiency of the Power Sector.

“One of the conditions by the World Bank to assist in improving the efficiency of the power sector was to ensure that the right tariffs were paid and that an efficient payment mechanism is set up,” he recollected.

The government of Ghana on July 30, 2019 suspended a concession agreement with PDS for distribution of power in Ghana with immediate effect following what it said was the discovery “of fundamental and material breaches of PDS’ obligation in the provision of Payment Securities (Demand Guarantees).”

Government later announced that it had launched a full-scale inquiry into the breaches and a committee made up of experts comprising insurance investigation experts, officials of the Energy and Finance ministries and officials of the ECG and MiDA and they had 30 days to complete the probe.

The Finance Ministry is also facilitating the de-freezing of PDS’s account.

“The Ministry of Finance is currently facilitating the de-freezing of PDS accounts to ensure that there are funds to support the day-to-day operations,” a letter the Ministry wrote to PDS, ECG and other sector agencies added.

It also directed the Electricity Company of Ghana to assume oversight responsibility of PDS’ accounts.

This is a measure put in place by the Finance Ministry to ensure transparency “in the operations of the revenue accounts, which are to be controlled by the ECG during the period that the suspension of the electricity sales license to PDS is in force.”