Several Ghanaians not sure of electricity access when SDG 7 expires

In 2019, 79.30 per cent of the Ghanaian population had access to electricity according to the UN report of sustainable development goal 7. A ranking to reckon which allows Ghana to score 77.23 on a scale of 100.

Ghana on the basis of the score, however, trails behind the sub-region role-model; Cape Verde, which last year managed to provide electricity to 96.61 per cent of its population and scored 91.87 out of 100.

The UN SDGs will hit the end mark in 2030. On goal 7, the international community pledged to achieve universal access to electricity. The target is still 10 years ahead.

Compared to the past rates, Ghana regressed and therefore is likely set to miss the 2030 target. 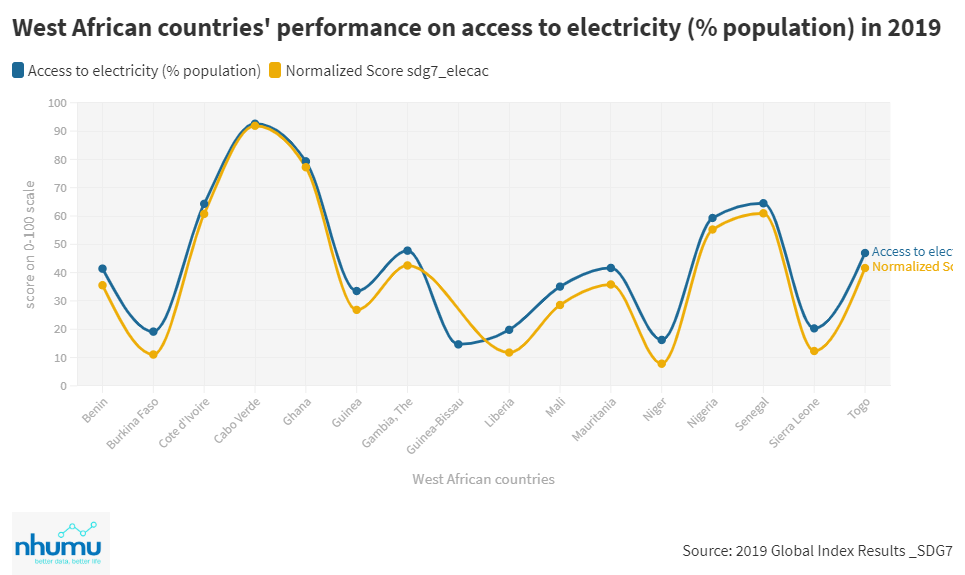 Why is access to electricity a must for sustainable development?

Electricity according to the World Bank, is the second most important constraint to business activities. At the time the world is reeling with the covid-19 pandemic, electricity stands out as a critical utility for health facilities.

It is equally strategic to foster any industry and advance other human activities.

Electricity generation in Ghana is provided through hydro and thermal sources. Given the environmental damages and the high cost for electricity attached to the installation of the two sources, renewable energy can help close the gap in providing affordable energy to the populations.

Ghana’s solar market is relatively untapped with an immense potential. The monthly average solar irradiation is between 4.4 and 5.6 kWh/m2 /day (16-20 MJ/m/day), with sunshine duration of between 1,800 and 3,000 hours per annum according to Business Opportunities for Renewable Energy in Ghana report produced by the Dutch embassy, in March 2016.

Few initiatives by the Ghanaian government coupled with private ventures have undertaken and started producing electricity from solar farms but the projects have been insufficient to replace hydro and thermal installations for electricity.

Non-Governmental Organizations (NGOs), businesses and civil society groups can a play role to help cover the remaining of the Ghanaian population still unable to afford electricity thanks to the existing pro-renewable energy policies namely the Renewable Energy Act, 2011, Act 832.