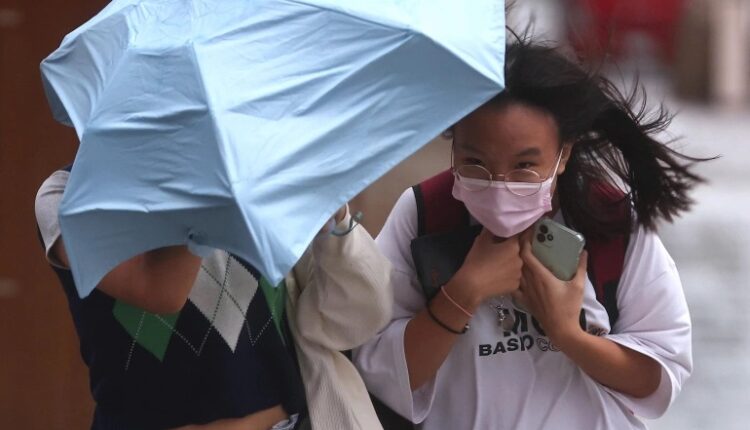 Authorities in Shanghai and neighbouring regions have cancelled flights and train services and sent children home from school as Typhoon Chanthu bears down on China’s east coast.

The storm, with winds of more than 170 kilometres per hour (105 miles per hour) near its eye, was expected to hit Shanghai on Monday morning.

Meteorologists said the storm was expected to lose wind intensity as it reaches Shanghai, having been downgraded from a super typhoon to a strong typhoon on Sunday evening.

But it was still expected to bring strong winds and heavy rain to coastal regions.

Ahead of the storm’s landfall, the province of Zhejiang near Shanghai raised its emergency response to the highest level, closing schools and suspending flights and rail services in some cities, the official Xinhua news service reported.

In Shanghai, home to about 26 million people, all flights at the city’s larger Pudong International Airport were cancelled from 11am local time (03:00 GMT) on Monday, while flights from the smaller Hongqiao airport in the west of the city were set to be cancelled from 3pm (07:00 GMT), the Shanghai government announced on its official WeChat account.

The city suspended mass transit services on some lines serving the city’s southern districts and said parks, outdoor tourist attractions and playgrounds would be closed on Monday and Tuesday.

Classes were also due to be suspended on Monday afternoon and Tuesday.

Official forecasts called for rainfall of 250-280mm (9.4- 11 inches) in some areas of southeastern Jiangsu province, Shanghai and northeastern Zhejiang.

The typhoon passed by Taiwan’s east coast over the weekend, disrupting transport and causing some power outages, but little damage otherwise.