He has unfollowed everyone except Jamaican musician, Vybz cartel, and American singer-songwriter, Beyoncé.

The controversial dancehall musician has more than 2.7 million followers.

The ‘Kaikai’ hitmaker also deleted all his pictures except for the cover art of his “Already” feature with Beyoncé. 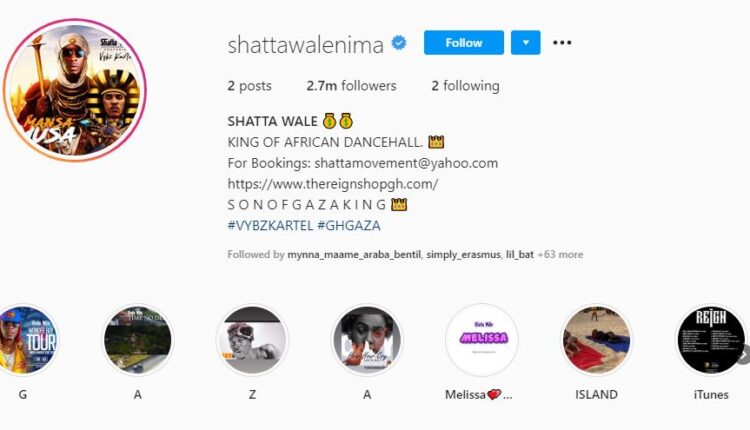 Subsequently, Shatta posted pictures of himself and his management team together in his branded office.

The SM boss who is known for his lively and sociable character has not given reasons for his recent actions, but speculation has it that it is a marketing strategy to rebrand his craft.

Why I almost had surgery to remove tribal marks – Nigerian actress

Actors want Ayorkor-Botchway apology over ‘parliament not for movies…

Kenyan man ‘who woke up in a morgue dies’

Joe Biden to ask Americans to wear masks for 100 days

Photos: Why Akufo-Addo has toured Ashanti thrice in 3 months