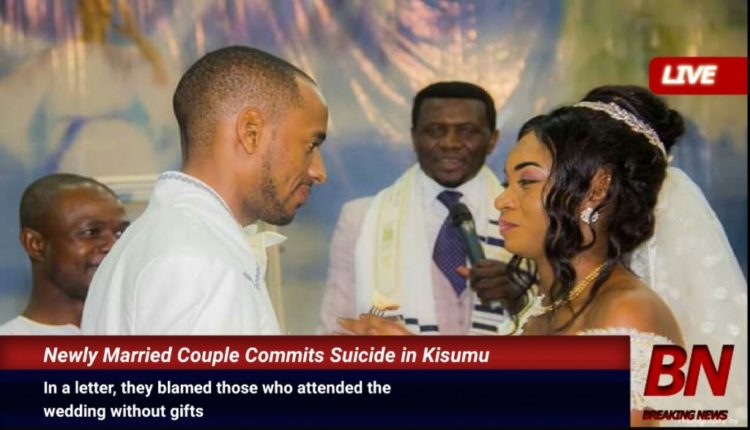 When the families  and guests of two Kenyan lovebirds showered praises on them for their glitzy wedding which became talk of town, little did they know that the couple will commit suicide four days later.

Rather than enjoy their honeymoon in peace, the newly married couple allegedly took their lives when the reality of their wedding debt began dawning on them.

The couple, who the Kenya Today, named as  Mr. & Mrs. Odipo left a note before their shocking exit.

In their farewell message, they were reported as writing that they were stressed and strained because the beautiful wedding they had, left them with a debt of Ksh 7.9 Million (the equivalent of GH₵ 453,000).

Counting on wedding gifts to defray their cost, they blamed the guest for only coming to the feast without gifts, adding that they did not go to honeymoon as planned.

”We are embarrassed and ashamed that we could not start our new life in happiness because you people did not make us happy as we expected, ” the note reads.

A family spokesperson was quoted as saying that the wedding was held in a five-star hotel, which name he declined to give.

The couple and their famillies arrived at their wedding in three helicopters.

The source said 90 per cent of those invited were special guests VVIPs and VIPs as the couple used to brag that their guests will bring gifts in millions of cash.

The groom was also quoted during the wedding preparation as saying that he will use all his savings to finance the wedding since his guests are millionaires.

He expected his rich guest to donate at least sh1.5 Million (equivalent of GH₵ 86,000) as wedding gift.

But it was not to be.Those who attended the wedding only brought flowers and cards wishing them well.