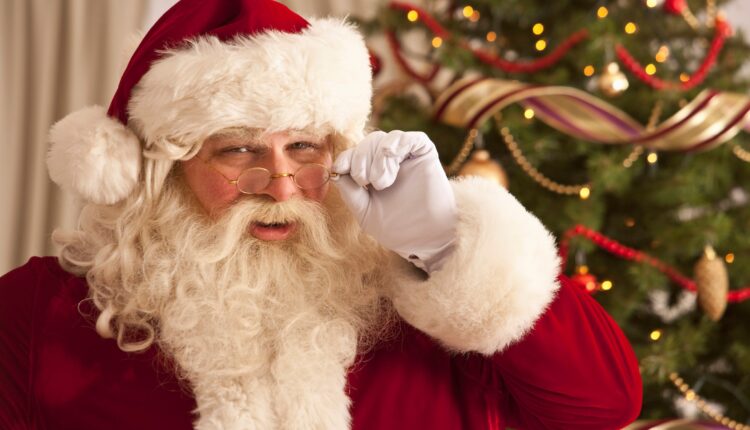 Many parents who celebrate Christmas may feel conflicted about what to tell their children about Santa Claus.

While some parents argue that it is a harmless tradition that adds a little extra magic to Christmas, other parents insist that it is wrong to “lie” to your children in any way and that children may be “traumatized” when they find out the truth.

So what does the research tell us? Are there any benefits of believing in Santa Claus? And how upset are children likely to become when they find out?

First, a study published in 1984 in the journal Contemporary Educational Psychology examined this question.

In this study, children in kindergarten and first grade were asked to tell stories about Santa Claus, the Easter Bunny, or pets. After telling each story, they received nine pieces of gum and were encouraged to donate any amount of gum to children with disabilities.

Although this study is small and only found an effect for first graders, these findings suggest that reflecting on the generous nature of Santa Claus may make children behave more generously.

This study suggests that parents who choose to tell their children about Santa should focus on the kind and generous nature of Santa and how their child can emulate Santa’s giving spirit.

What about the negative impacts of Santa? Are your children likely to be “traumatized” when they find out about Santa?

A study published in 1994 in the journal Child Psychiatry & Human Development addressed this question by examining children’s reactions to finding out the “truth” about Santa.

In this study, the researchers gave structured interviews to 52 children who no longer believed in Santa. Parents also completed a questionnaire to assess their efforts to promote belief in Santa and their own ratings of their children’s reaction to hearing the truth.

On average, children in this study found out the truth about Santa at the age of 7 years.

Most children reported positive reactions to finding out about Santa with very minimal distress (that is, most children rated their distress as less than 10% intensity). Parents actually reported more distress over the transition, with 40% of parents reporting that they were sad after their children found out.

Nearly all (92%) of newly disbelieving children reported that they would teach their own children about Santa.

Although this small study suggests that most children may not be distressed when finding out about Santa, it is important to note that there may be a small subset of children who are upset by this realization. As with every parenting decision, make an informed choice based on your knowledge of your child and what feels right to you as a parent.

Is It Time for the Four-Day Workweek?

7 golden steps to building a good investment plan in 2022

When Is Retirement a Blessing? And When Is It a Curse?