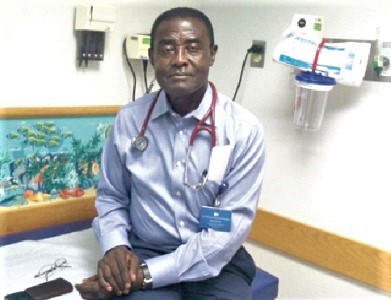 “Dear Rosalind, Sorry for taking a while to respond to your mail. It is so unlike me but in the last few days, it has been quite busy at my end. But to go straight to your concerns, my first answer is, if the doctors have recommended the surgery, yes, go for it, he is better off with it. My second answer is, yes, let him have the surgery, it will help improve his health and life and my third answer remains yes! He will be proof that you can be an SCD patient but with quality health care, live a normal life.”

This was Professor Kwaku Ohene-Frempong’s response to an email I sent to him in June 2013 as I desperately sought answers and assurances on recommendation for surgery for my then four-year-old son diagnosed as a Sickle Cell Disease (SCD) patient to have his spleen removed.

Typical of our health system, the surgery was recommended, but the medical team had given very little education on what it meant to have a person’s spleen removed. Thanks to technology, I was able to read about the procedure on the internet but was scared for my son, given the importance of the spleen to the human body.

I was given the email address to contact Prof. Ohene-Frempong, who had become renowned for his works with SCD. However, it took some time before the response came. And when it did, he broke it down for me and I never stopped telling him how he was a godsend.

He took his time and educated me on the side effects the splenectomy would have on my son – the occasional infections, some very painful, and the signs to look out for – and advised that we report to the hospital as soon as those signs came up.

SCD comes with its delicate complications and without proper education and information, it can be very frustrating and emotionally draining as a caregiver, but with the help of Prof., we managed to navigate through those challenges.

He prepared us for the unknown and it was just what we needed as a family, and so the little boy underwent the surgery and has recently celebrated his 13th birthday.

More than that, Prof. KOF, as he is affectionately called by the SCD family in Ghana, went further to constantly check on us and update us on the latest advancement in care and medication for SCD patients.

It was he who first mentioned the wonder drug, Hydroxyurea, and encouraged me to also mention it to our doctors at the facility where my son received medical care.

It took a while before they put my son on that prescription and indeed, Prof. KOF was very right about it.

As I later found out from other SCD caregivers I encountered whose wards had been fortunate to have received one medical attention or another from Prof. KOF, that was the relationship he had with all his patients, and he was always eager to help and support patients for improved health.

He who knows it, feels it

Prof. Ohene-Frempong was no doubt a God-sent angel for SCD and it showed in the way he passionately dealt with issues concerning the disease.

Indeed, I later got to know that apart from it being his profession as a medical doctor, he had also experienced it first-hand as a relation and a father, sharing his story on how growing up at Kukurantumi, he saw his auntie and two of his cousins go through excruciating pain occasionally, which was then diagnosed as rheumatism. 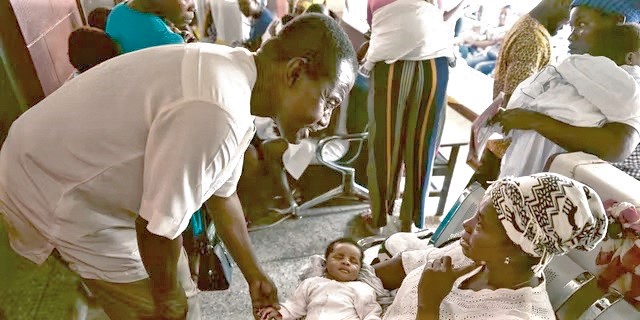 Speaking of what he saw then, he said: “Thank God for the educated persons in my family, because no one attributed it to it being a spiritual disease as had been the case in many homes and communities due to ignorance.”

Also at Prempeh College, he had a friend who had the disease and he saw the toll it took on him, but it was not until he went to medical school that he fully understood the disease and as fate would have it, he experienced it first-hand with his first child and son, Kwame, who was diagnosed with SCD.

That became the turning point for him and for the rest of his life, he dedicated his intellect, time, energy and indeed his all to help make conditions better for all SCD patients irrespective of who it was and where the person lived or came from.

Prof. KOF’s personal crusade of having newborn babies screened to know their status was a great intervention in helping patients manage the disease, and thereby improve the health and life of the unfortunate patients who through no fault of theirs, inherited the sickle genes from both parents.

“Like many genetic conditions, SCD is incurable but manageable, thanks to medical advancement, and so when it is detected early, it becomes bearable and no longer life-threatening as it avails them to prompt treatment and care which helps improve their health and helps them lead normal lives.

“With technology and medical advancement, SCD should no longer be an early death warrant as it was assumed to be in the past.

“SCD patients should be able to live their dreams and aspirations, not to be bogged down by the constant fear of what would happen with each crisis or attack,” he often emphasised.

So with that conviction and from the success story of his research in Kumasi and Tikrom on the newborn screening, the crusade became a global call and he led the charge to have it replicated all over the world.

Every year, he came to Ghana and held clinics for patients, seminars and any other campaign he could think of to create more awareness of SCD, with the hope that more people would be aware and think through their choices of partners to help minimise the number of new patients recorded each year.

Beyond that, he became the voice for the voiceless SCD family in Ghana, setting up the Sickle Cell Foundation, Ghana (SCFG).

He has also led the charge for many positive interventions not only in Ghana, but across the continent and the globe.

With his death, SCD patients have lost their angel but heaven has gained one, and it is the hope that the seed he has planted with the SCFG will grow into a baobab tree, enduring the test of time and achieving his dream of winning the medical battle against SCD.