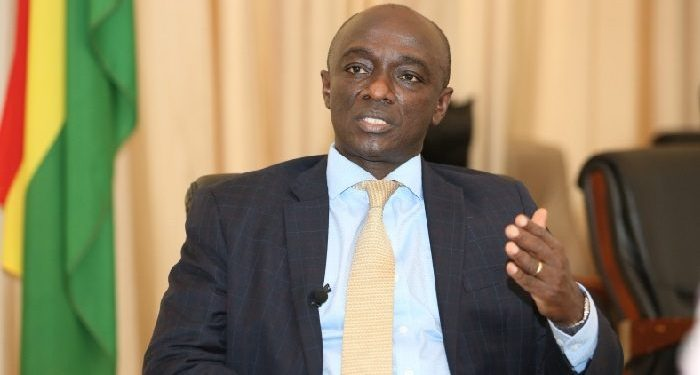 SIGA awaits cabinet approval on listing of SOEs on GSE

Director-General of the State Interests and Governance Authority (SIGA) Amb. Edward Boateng has disclosed that his outfit is awaiting approval from Cabinet on the listing of selected state-owned enterprises (SOEs) to raise capital from the Ghana Stock Exchange, GSE.

As part of efforts to make SOEs profitable and attractive to investors, SIGA last year set up a technical and steering committee, with representatives from the GSE, SIGA, the Ministry of Finance (MoF) and the Securities and Exchanges Commission (SEC), to review the performance of the state entities and ensure that they are investment ready.

Addressing the press during an Editors’ Forum in Accra, the Director-General of SIGA, Amb. Edward Boateng, noted that, “We have made our recommendation to cabinet, so we waiting for the decision of cabinet, I think once they come up with the approval, we can make that public, we are working very closely with the Ghana Stock Exchange.”

“It is important to all of us that we use that cheaper source of funding to push some of these entities forward,” he added.

The Authority, he said would also facilitate efforts for the SOEs to secure local and international partnerships with prospective investors towards making them financially viable, profitable and enable them pay dividends to government.

Mr. Boateng said SIGA, although created about three years ago, was working to secure its mandate and also position it as efficient and excellent entity, and demands same from entities under its watch.

He further indicated that the efficiency with which some SOEs are working will translate in this year’s Attorney-General’s report with fewer infractions being recorded ; “ I have every conviction that this year, 2023 Auditor-General’s report may be one of the best in the country because the infractions are going to reduce and nobody wants to come and sit infront of SIGA for the tough questions.”