Sir David Adjaye, the Tanzanian-born British architect of Ghanaian descent, has been announced as recipient of the 2021 royal gold medal, one of the world’s highest accolades for architecture. It marks the first time in the 173-year history of the medal, awarded annually by the Royal Institute of British Architects (RIBA), that it has been given to a black architect.

The announcement comes as the institute is examining its own role in Britain’s colonial past and struggling to address the continued lack of black representation in architecture. Only 5.2% of students accepted on to architecture courses in the UK are black, while the number of black registered architects has dropped to just 1% of the total.

“It’s incredibly humbling and a great honour to have my peers recognise the work I have developed with my team and its contribution to the field over the past 25 years,” said Adjaye, 54, on hearing the news. “Architecture for me has always been about the creation of beauty to edify all peoples around the world equally and to contribute to the evolution of the craft.”

Adjaye has long been weary of being defined as a “black architect”, but he has served as an undeniable role model in such a white-dominated industry. “I am an architect first of all, whose background is complex,” he told the Observer in 2014. “I use the continent of Africa as a background. But I also grew up in London. … I’m just not always looking at the usual references.”

Adjaye trained at Southbank University and the Royal College of Art, establishing his first practice with William Russell in 1994, before setting up Adjaye Associates in 2000. He shot to fame in his early 30s on the back of an inventive series of bar interiors and private homes in London for a star-studded client list, including Chris Ofili, Ewan McGregor and Alexander McQueen. In many critics’ eyes, these are still some of his best projects. They were thrillingly inventive, imbued with a raw, rough-and-ready power, and exhibited a deft talent for combining unexpected materials with maximum sensuous effect – from using honeycomb aluminium to make a bar, to slathering coarse slabs of chipboard with a seductive slick of lacquer.

As the gold medal citation puts it: “Adjaye’s work is contradictory and yet coherent, contrasting and courageous, setting up and balancing elegance and grit, weightlessness and weight, dark and light.” His buildings revel in contrasts, compressing people through dark passageways and into light-flooded chambers, while combining tough, abrasive surfaces with slick mirror-polished finishes. 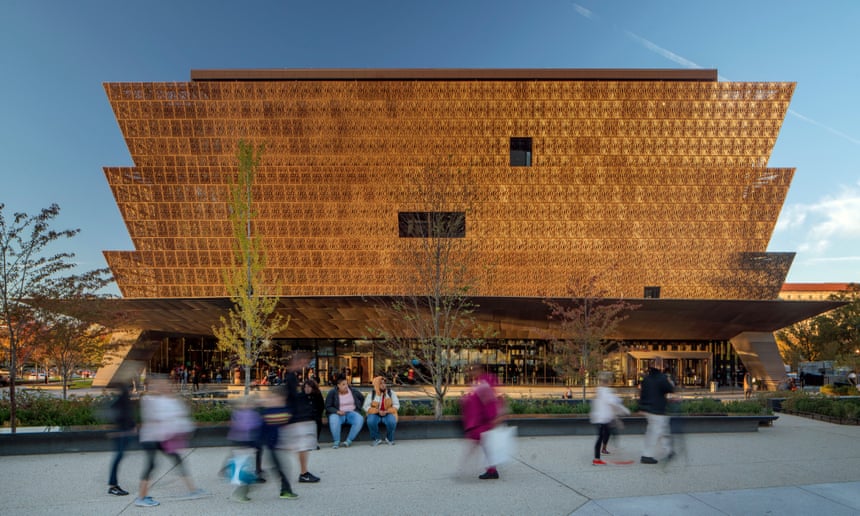 But his projects haven’t always been so successful at the larger scale. His first public buildings, such as the Idea Store libraries in Tower Hamlets in 2005, received a lukewarm reception and have suffered from maintenance issues. His Sugar Hill affordable housing block in Harlem, New York, built in 2015, was criticised as being designed from the outside in, with too much emphasis on creating an eye-catching exterior at the expense of the homes inside. As the New York Times wrote: “Providing poor families with small, distinctive but difficult living spaces to accommodate a striking facade throws the whole design into question, betraying the project’s basic mission.”

To many critics, Adjaye redeemed himself with the Smithsonian National Museum of African American History and Culture, which arrived in 2016 as a glittering golden crown on the Mall in Washington DC. Designed in partnership with three other practices, it is a refreshing foil to its sober classical neighbours and it tells a powerful story in an atmospheric sequence of interiors.

Unusually for a royal gold medal recipient, it could be that Adjaye’s best work is still to come. He is currently building one of the strangest high-rise towers Manhattan has ever seen, in the form of a dark, glowering stack of rugged concrete arches piled high towards the clouds. Then there’s a gargantuan new National Cathedral for Ghana in Accra, designed like a big swooping tent; a salmon pink library in Florida; a financial centre in Dakar, Senegal; and the Thabo Mbeki Presidential Library in Johannesburg, South Africa, among many other projects. If enough care is spent on the details, these buildings could revive the daring spirit of his early projects. 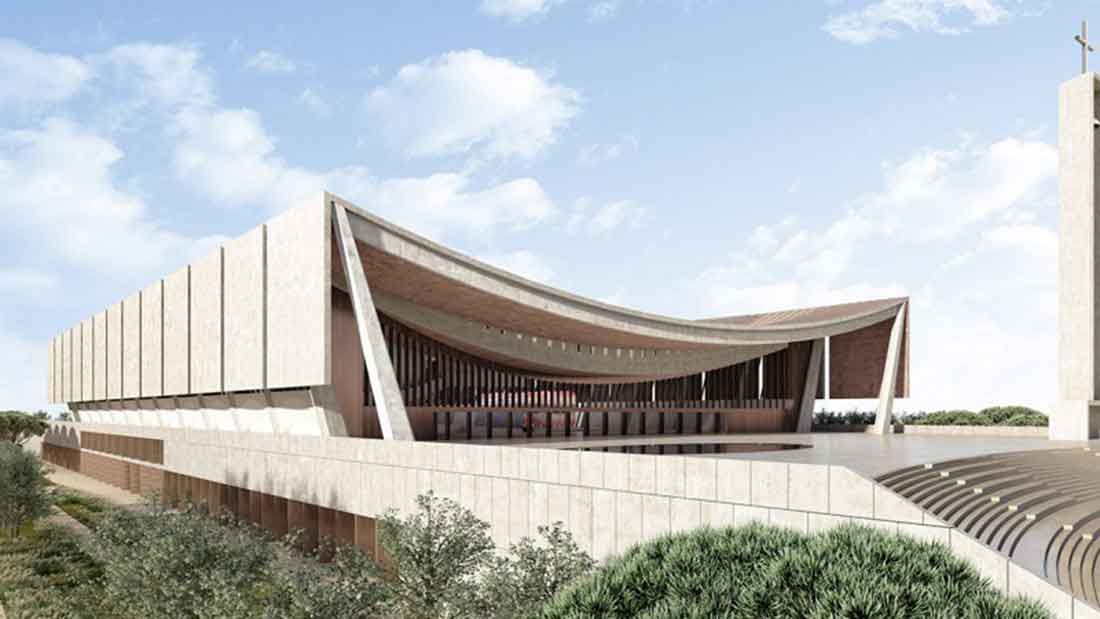 The medal is one of the only RIBA awards not to be affected by the coronavirus. This year’s Stirling prize has been cancelled, meaning that twice as many projects will be competing to make the shortlist for the country’s best building next year. “Over the summer we explored flexible options for judging within the current public health challenges,” said Jones. “However, we have no option but to press pause for 2020. Our awards are judged in person, and as much as our teams of judges and staff are keen to visit and select the best new buildings in the UK, now is not the moment.”

The Nigeria-born man who fought the Nazis in Poland

Girl who made 6 As and baked bread gets university admission