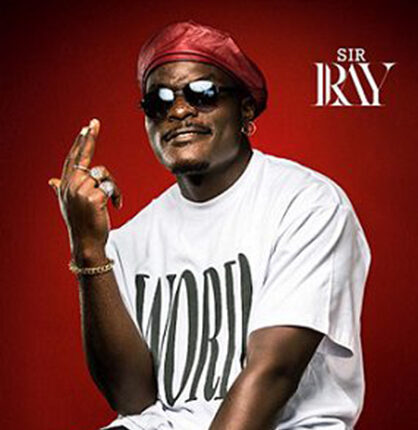 Budding music sensation, Sir Ray has released his first single dubbed “Sakra” which serves as an inspirational vibe for mankind to change from their negative ways.

“Sakra”, to wit- change was rhythmically made for all music enthusiasts to relate to its message which has a moral didactic for man to eschew negativity and ride on the positive side as a tool for a healthy coexistence.

Sir Ray popularly known in real life as Alex Abroso has reiterated his commitment to intersperse the Ghanaian entertainment space with more thrilling music which are in the pipeline.

The new single “Sakra”, is catching the waves of jamming on the audio mark, YouTube, and other streaming platforms on social media and is about to take the nation by storm.

Recounting his professional music journey, Sir Ray fully embarked on music as a budding musician in the year 2018 when he was featured by a friend called YTM in a song which became a jam in his area.

Though he had the unquenchable talent to do songs since his infantile stages nothing hindered him to do what he loves best, and Sir Ray has occupied a portfolio as a DJ in his grandmother’s drinking spot which his renditions of songs mesmerized patrons.

Highlighting on what he has in the tank to offer Ghanaians in the entertainment circles, Sir Ray mentioned that his quota is to phenomenally help maintain and continually add more to the industry, by releasing more songs that intend to entertain Ghanaians.

His fondness for music, he underscores chronicles back to childhood days when he could recite artistes’ lyrics and entertain his colleagues around him.

Sir Ray promised fans and Ghanaians to expect more songs from him, as he is set to take the entertainment industry by a storm in no time.

The ambitious musician expressed appreciation to YTM, Blue Jacket ban, Epixode, Sona Senku Live, Magabush, Deon, and everyone who is supporting his music in diverse ways.