An all-women group, Sisters Keepers Association have donated some items to the management of Princess Marie Children Hospital in the Greater Accra Region for the upkeep of children living with HIV/AIDS.

Sisters Keepers Association is an all women group with a purpose to seek the welfare and rights of the elderly. Creating awareness about Alzheimer’s and Dementia disease which is mostly exhibited by the elderly.

The items presented include Bags of rice, soft drinks, medical supplies, washing Powders, gallons of hook, toiletries, Diapers, and others.

Madam Abena Opokua Ahweneé Head of Communications of the Association, in her address during a short presentation ceremony, underscored the need for the Association coming in at this point of covid which she believed was to ease the burden of the hospital a little.

She said it was the Association’s aim to keep assisting some hospitals, orphanages, and aged homes to put smiles on their faces.

Madam Abena Opokua further appealed to other benevolent groups and organization’s to inculcate the habit of giving especially to the vulnerable to help change the lives of others.

Doctor Maame Yaa Nyarko the Medical Superintendent of the Hospital, who received the donation, expressed gratitude to the Executives of the Association for their gesture, assuring that it would be used for its intended purpose. 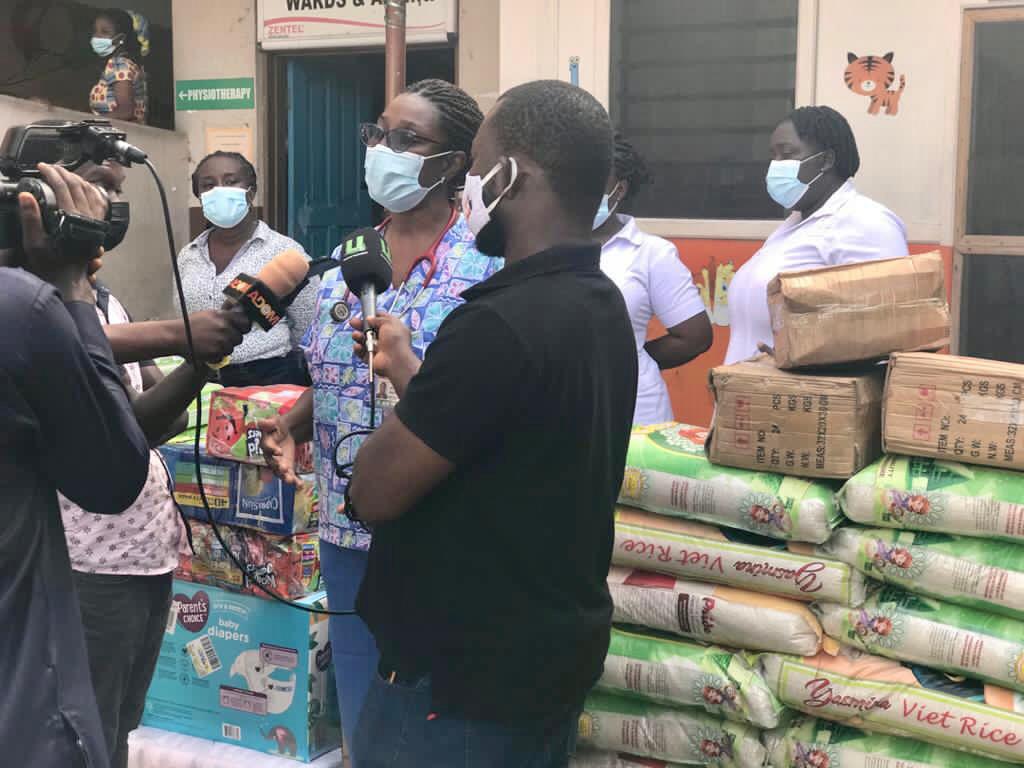 She also advised the public to keep testing for HIV/AIDS especially pregnant women in order to keep their babies safe from being infected with the Virus.

The ceremony was attended by some Executives and members from the Sisters Keepers Association including one of its founders Nana Akosua Brobbey, Management of the Princess Marie Children Hospital, and others.