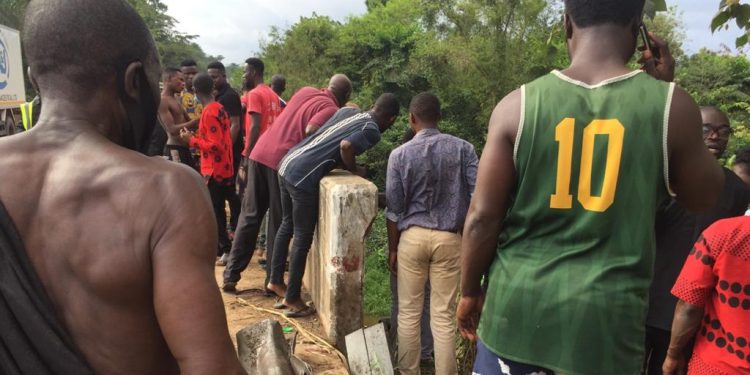 Six footballers have been confirmed dead and 30 others severely injured after vehicle veered off the road and fell into the Offin River in the Ashanti Region.

The six who died are members of a youth football academy in the Offinso Municipality and are reported to be between the ages of 12 and 16.

They were travelling in a KIA Pregio vehicle.

Out of the 30, four are reported to be in critical condition and have been rushed to the Komfo Anokye Teaching hospital.

The 26 others, who sustained injuries are also on admission at the St. Patrick Hospital at Offinso.

The Divisional Commander for the Offinso MTTD, Deputy Superintendent of Police (DSP) Edmund Nyamekye confirmed this in a Citi FM interview monitored by theghanareport.com.

According to the police, the team was returning from Afrancho to Offinso after they went to play a league.

DSP Nyamekye also mentioned that the driver of the vehicle was speeding and lost control of the steering wheel and veered off the road.

In all, 36 passengers were on board when the accident occurred.

The bodies of the deceased have since been deposited at the St. Patrick Hospital morgue.