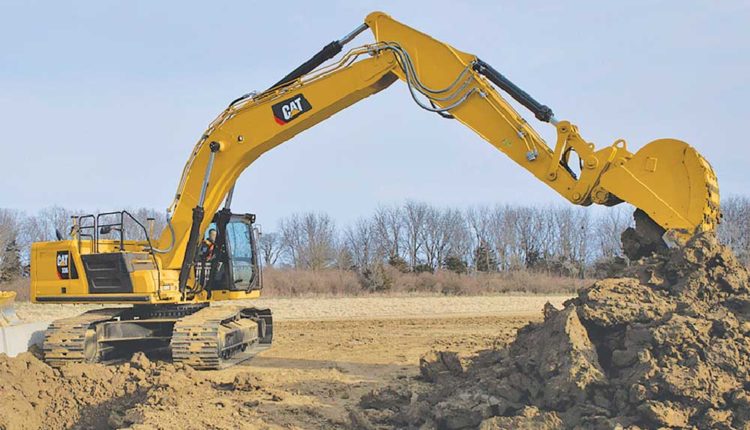 The Criminal Investigation Department(CID) has arrested six persons over missing excavators and other equipment seized by operatives of ‘Operation Vanguard.’

Ekow Ewusi, who was contracted to take custody of the seized equipment was arrested earlier on Monday.

The Head of Public Affairs at the department, Deputy Superintendent of Police, Ms Juliana Obeng in a press release said Ewusi, Frederick Ewusi, and Joel Asamoah have been cautioned on the offence of stealing.

DSP Obeng said Adnan Haruna, Frank Gyan and John Arhin have been cautioned on the offence of abetment of stealing.

All the suspects are currently in Police custody.

Also, read below the press release to that effect 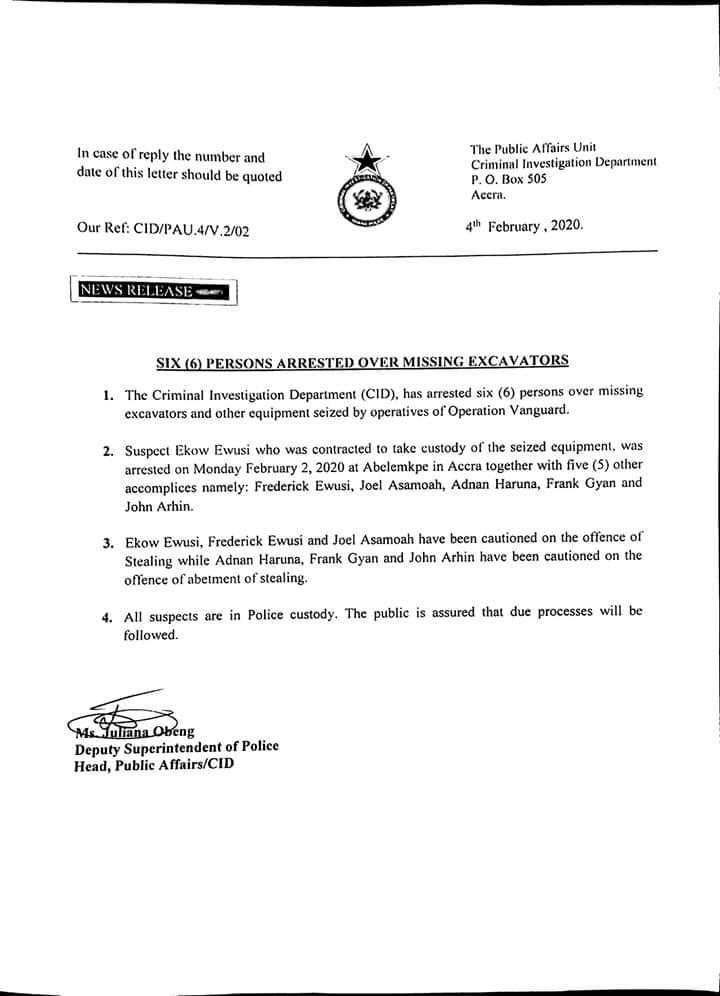