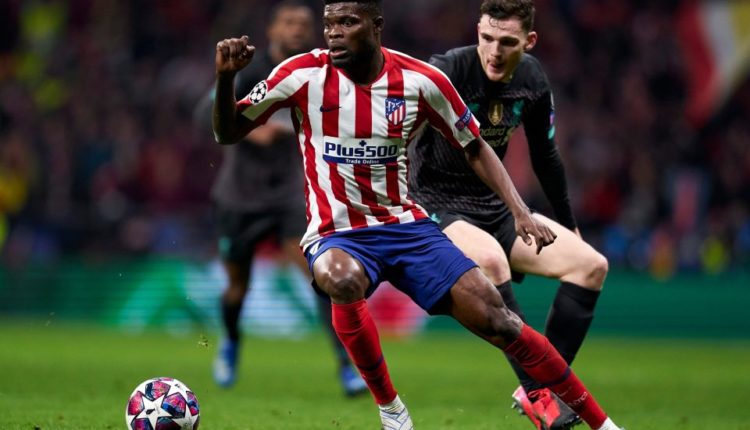 Ghanaian midfield dynamo, Thomas Partey, is the transfer target of many big guns in European football, but a former Ghanaian international, Nii Odartey Lamptey, is advising his compatriot to snub a move to the Premier League and Serie A.

The former Anderlecht striker believes the Atletico Madrid star will be shooting himself in the foot with a move to England and Italy.

With Chelsea, Manchester United, Arsenal, Juventus and Italian all on Partey’s trail for his signature, Lamptey insists a move away from the La Liga could unmake the giant midfielder, who joined Atletico Madrid in 2011.

“There are numerous offers coming for Thomas Teye Partey but his career will take a nosedive if he doesn’t choose his next move well,” Lamptey, who joined Villa on loan from Belgian fold Anderlecht in the 1994-95 season.

“The country and league he will pick will determine his future,

“I will advise him to stay in Spain rather than going to England or Italy [although there are offers from Manchester United and Arsenal according to reports].

“Per style of play, he can move within Spain and join another top club rather than focusing on the financial gains to move out of the country because that can be suicidal,” goal.com quoted him as saying.

Odartey, who had a sloppy career in the English League, making only six Premier League appearances, told Ocean 1 TV that “sometimes, decision making can destroy your career. My move to England was a wrong one for me.”

“Aston Villa was a wrong move because their style of play was not going to suit me. If I had gone to France or Spain at that time, it would have helped my career more than going to England,” he reportedly said.

After time in the Rojiblancos’ youth set-up, he spent time on loan at Real Mallorca and Almeria before making his senior breakthrough at his parent club in 2015-2016.

This season, the Ghana international has made 24 league appearances, starting 21 of the matches and scoring twice.