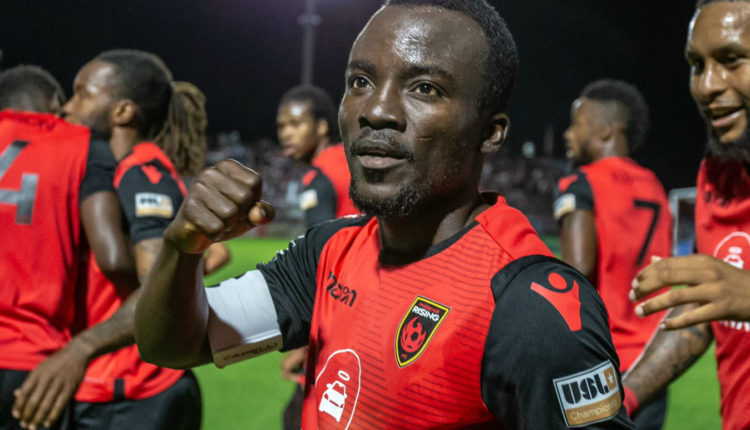 Ghanaian forward Solomon Asante has been named as 2019 USL Championship Most Valuable Player, the league announced on Thursday.

The Phoenix Rising captain also won the Golden Boot after bagging 22 goals in the 2019 campaign with just three goals shy of the highest number of goals by a player in a single season in the history of the championship.

Asante set two USL records this term as he made the highest number of assists in a single season with 17 and a combined goals and assists of 39.

Phoenix Rising manager Rick Schantz praised Asante for a stellar campaign and admitted the 29-year-old winger belongs to a higher league than the USL.

“Solomon Asante is one of the finest players I have ever worked with as a coach,” Schantz said.

“Solo is a leader who cares so much about his team. He was so willing to do whatever the team needed and it’s evident in his assists and goals scored. We knew from the very beginning that opponents were focused on stopping Solo and yet he was still able to have an MVP season. As much as I hate to admit it, Solo belongs in a higher league, but I will enjoy every minute I get with him.”

Anthony Joshua: Briton to make ring return on 1 April in London against American…