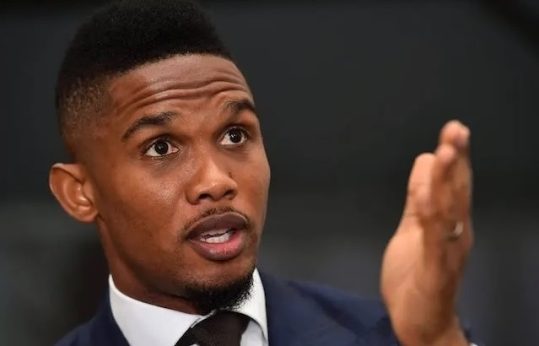 Cameroon coach Rigobert Song played down suggestions that his team are under unfair pressure from former star Samuel Eto’o, who predicted an all-African World Cup final between his nation and Morocco before the tournament began.

Song, whose side face Serbia in Group G on Monday, denied a rift with ex-Internazionale, Barcelona and Chelsea striker Eto’o and said the expectations set by his bold prediction were not the reason for Cameroon’s 1-0 loss to Switzerland in their opener.

The Indomitable Lions have not won a World Cup group game since beating Saudi Arabia in 2002 when Eto’o, now president of the Cameroonian Football Federation, was the last player to score a winner for the country.

“The president of the federation is passionate about football. He was a footballer himself, he lives, breathes and dreams football but he does not put any burden or stress on our shoulders,” Song told reporters on Sunday.

“That is not why my players didn’t score against Switzerland. I would say sometimes he even wants to put on the jersey and get out on the pitch to play, because he wants to give everything.

“The president is a gentleman who is very supportive … and easy to talk to. He is open and we communicate a lot.” 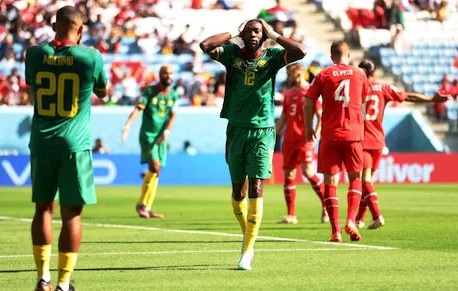 Third-placed Cameroon and bottom side Serbia — who lost 2-0 to pre-tournament favourites Brazil — will head into Monday’s clash knowing that another defeat would leave them scrambling to reach the round of 16.

With Cameroon facing Brazil in their final group game, Song backed his players step up against Serbia and earn a victory.

“We know exactly what is in store for us,” Song said. “It will be a decisive game and we are well prepared. We know what we have to do, we have the right mindset.

“We’re raring to go. We can’t wait for the whistle to blow so we can get down to business. I think you will see a different side to this Cameroon team and we will silence our critics.”