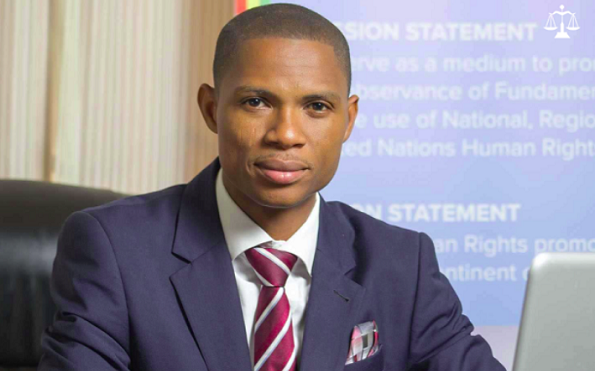 The Association of Magistrates and Judges of Ghana (AMJG) has dragged the MP for Madina, Francis-Xavier Sosu, to the General Legal Council (GLC) for unsavoury comments against Ghana’s judiciary.

The Madina legislator had accused some judges of taking entrenched political positions in the discharge of their duties.

“If you make yourself a political judge, you will be treated politically, and your tenure of office will run with the political party that you follow,” he said.

But the association has taken strong exception to the statement, describing it as unfortunate, reckless, and misguided.

“The association considers this statement of Honorable Sosu as deliberate and calculated to create disaffection for the judiciary, an attempt to scandalize the judiciary and judges. We condemn the said statements in no terms.

“The association takes a serious view of the statement and considers it very unprofessional from a lawyer and an unprovoked attack on the judiciary.

“Having regards to the seriousness with which the AMJG takes this statement and its potential to do undue damage to the image of the judiciary, the association is lodging a formal complaint against Sosu to the General Legal Council immediately for his unprofessional utterances,” Justice Henry Kwofie, President of the AMJG said in a statement.

Earlier, the Ghana Bar Association (GBA) reacted to the statement by the MP, describing it as very unprofessional and unwarranted.

“The GBA takes a very dim view of the unprofessional conduct of Francis Xavier-Sosu Esq. and deems the same as an unwarranted, unnecessary, and unjustified attack on judges”.

The legislator, however, expressed his surprise at the Ghana Bar Association’s outburst.

“It is a wonder to know that the Ghana Bar Association still exists in this country following your loud silence on critical matters of national concern which relate to the Bar, legal education, mistreatment of lawyers, lack of welfare for lawyers, human rights abuses, press freedom, and justice delivery among others, in Ghana.

“I reject the allegation of being unprofessional and irresponsible and would reiterate that the GBA is rather a monumental failure to our democracy.

“I take strong exceptions to the statement, a cursory look at the objects of the GBA Constitution in Part 1, Section 2 clearly shows that the GBA has lost its focus and relevance long ago,” he added.