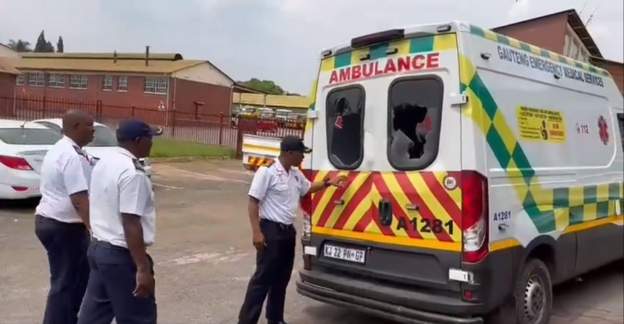 A South African mob attacked and killed a patient in an ambulance on suspicion of committing a crime, according to the Gauteng province health department.

The mob also attacked paramedics who were attending to the patient in Atteridgeville area and damaged the ambulance.

Paramedics had responded to calls for medical assistance after the man was injured in a mob attack. At the scene, they initiated treatment and prepared to transport the patient to the nearest hospital.

“As the ambulance was getting ready to leave the scene, community members started throwing stones and barricaded the road to prevent the ambulance leaving… they demanded justice on the spot,” the health department said in a statement.

It added: “Unfortunately the patient was further fatally assaulted while on an ambulance stretcher. The ambulance was extensively damaged and medical equipment was stolen.”