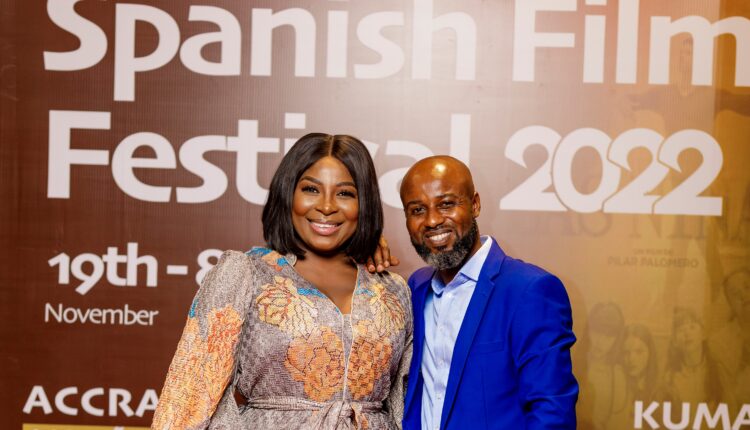 Today, November 25, the Centre for National Culture (CNC), Kumasi will host the screening of Yuli at 6pm and on December 2, Alliance Francaise, Kumasi, will treat patrons to Un Novio Para Yasmina(A boyfriend for Yasmina) at 5pm.

In Tamale, when the train makes a stop, Savannah Centre for Contemporary Art (SCCA) will show Mataharis on December 7 at 7pm while Red Clay Studio takes its turn with Intemperate (Out in the Garden) on December 8 at 7pm.

Movie lovers in Accra however get to see Las Maestras de la Republica (The Republic’s Teachers) on Friday, December 2 at 5.30 pm at the Accra Metropolitan Assembly.

The Spanish Film Festival, a collaboration between the Embassy of Spain in Ghana and the Ministry of Tourism, Arts and Culture was launched on Saturday, November 19 in Accra with the screening of Las Niñas(The Schoolgirls).

The festival which ends on Thursday, December 8 aims among others to revitalise the creative arts industry and forge a mutually rewarding relationship between Ghana and Spain.

Speaking at the launch which was graced by actors including Pascaline Edwards, Majid Michel, Oscar Provencal among others, the Spanish Ambassador to Ghana Javier Gutiérrez, stressed the festival aimed at reuniting the two nations by supporting the revitalisation of the creative industries in each nation.

He said efforts were being made as part of the Spanish mission’s cultural diplomacy to provide an exceptional opportunity to bring together relevant individuals of the film industry—a significant area of Ghana’s cultural enterprise—and those who enjoy movies to energise the sector.

“The festival would provide a means of developing relationships that would be beneficial to both countries.

For people who will have the opportunity to see these movies, it would offer them the avenue that will help them to escape their everyday issues and worries and simply be transferred to various realities and circumstances, such as those that will be depicted on the screens.”

He added “apart from being an invitation to know more of the rich and diverse culture of Spain, the movies will leave no one indifferent, as themes such as the transit from childhood to adulthood, dance, love or even Spanish history will be present.”

The Spanish Film Festival 2022 is sponsored by the Spanish Agency for International Development Cooperation (AECID) with support from Creative Arts Agency, Twins Dntbeg and Globe Productions.